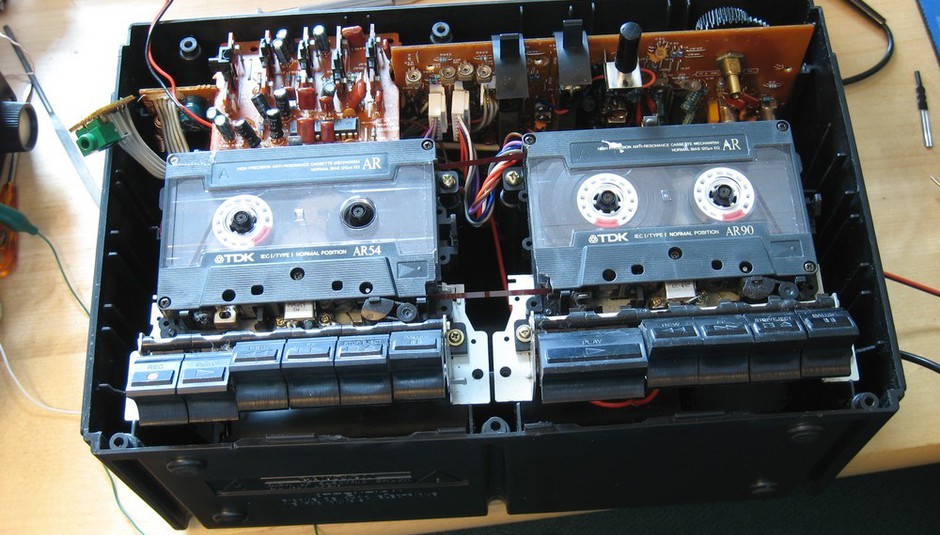 Of all the musical game changers of the last decade, the internet has quite clearly been the biggest one. In fact, it might just be the biggest bombshell dropped on the music industry since Elvis started shaking hips and breaking rules. The existence of this very site is testament to the unique power it has: breaking down borders and barbed wire fences between fan and artist, critic and aficionado. Yet not everyone has greeted it with open arms: record company execs and artists spend sleepless nights worrying about the scourge of freely available music for guilt-free, cost-free download eating into their livelihoods. First it giveth, then it taketh away, indeed.

Yet one genre has proved especially adept at taming the wild western frontiers of unregulated cyberspace: hip-hop. The growth of the online mixtape as an artform in it’s own right has been one of the biggest developments of the past five years. It’s produced one of what will come to be regarded as the decade’s most enduring success stories in Lil Wayne, and provided an outlet for a blossoming of madcap creativity, off the wall experimentations and some of the singularly best beats and rhymes in the game. It’s telling that when you speak to a Weezy^ fan that more often than not they’ll gloss over billboard topping records like Tha Carter III and wax lyrical about his mixtapes.

The mixtape has been there since the birth of hip-hop, when cassettes were passed around parties loaded full of Kool Herc, Afrika Bambaata, Kurtis Blow and Grandmaster Flash. Often these were raw, rough recordings of DJs and MCs in full flow in a live arena, but increasingly they became hip-hop’s version of the demo tape: an artist seeking to get himself signed or become known would have to release several mixtapes with a local DJ to muster up the necessary kudos and reputation. During the nineties, the role of the mixtape DJ diverted slightly. Forgotten innovator Ron G blended hip hop and r n b together, paving the way for turntablists like A-trak and regional innovators like the renowned DJ Screw to take existing music and blur it beyond all recognition. That the sadly departed Screw is currently finding new fame as artists both inside and outside of the hip-hop community namecheck him left right and centre is testament to the foundational role he played in inspiring the online mixtape community.

Throughout the 90s and well into the 2000s, the local mixtape store thrived across America. Especially in the Midwest and Dirty South, cheaply packaged discs with garish covers, sold dirt cheap, became hip-hop’s bread and butter. These ‘demo tapes’ weren’t just being posted to record execs, they were out in the streets, getting hyped and talked about. Intrepid critics and A & R men would sift through mixtapes looking for the next big thing, feeding off local buzz or rumour. DJs played the role of tastemaker, promising rappers auditioning to work with them and use their name as a mark of quality.

When the internet exploded onto mainstream consciousness around the turn of the century, the opportunities were obvious. With the advent of faster, higher speed internet, the floodgates creaked open and a tide of mixtapes was soon spreading around the globe.

It wasn’t just new start ups flooding to release either: respected and established artists like Raekwon, Clipse and most recently, OutKast’s Big Boi releasing mixtapes online to generate buzz for their albums and keep their names in the game. The sheer number of mixtapes visible on leading mixtape site http://www.datpiff.com boggles the mind. Of course, with such oceans of free music available, the task of sifting through it becomes ever more daunting, and blogs such as http://www.2dopeboyz.com have become partial gatekeepers, cherrypicking the highest profile and best quality releases.

Whilst many mixtapes bear resemblance to full album releases, they offer the opportunity for artists to mess around a little, challenge their audience somewhat with a rough, rugged and raw quality. Lil Wayne and Gucci Mane, two of the most prolific mixtape releasers, have both publicly stated that they see no sense in keeping whatever they record, be it good, bad or ugly, from their fans. The online mixtape is hip-hop at it’s most lo-fi, so to speak. It’s rappers in the inner regions of America, the Midwest and the South, with their traditions of rough and ready production rather than the slicker, sample led culture that characterised coastal hip-hop, that are most prolific. Tapes from the likes of Curren$y, Freddie Gibbs, BIG K.R.I.T, G-Side all demonstrate the overwhelming dominance of these fiercely lyrical rappers in mixtape culture.

Increasingly, the online mixtape seems to have inspired greater creativity, as well. Gathering a hefty amount of column inches at present are L.A.’s Odd Future collective, a band of precocious teenagers whose graphic, warped and twisted imaginations see them muse on sex, rape, death, and videogame style violence over crazed beats and alien samples. They, and fellow deconstructionist Lil B, aren’t a million miles away from Weezy and Gucci, but they’re excitingly too far out to challenge for that kind of mainstream success just yet. Check out Tyler The Creator’s mixtape ‘Bastard’ if you’re not too faint-hearted.

New York’s Stalley is a gentler prospect, following on from the path blazed by Mos Def and Talib Kweli, and his mixtape ‘The Autobiography’ built on jazzy Madlib beats, is well worth getting hold of, his off kilter flow and smoothly soulful production sounding surprisingly relevant and modern.

Of course, those are but two artists in a field of many. You could as well seek out Fashawn’s tribute to the Nas classic Illmatic, or hunt down Wale’s Seinfeld themed mixtape ‘The Mixtape About Nothing’ (yes, you did read that correctly, you there rubbing your eyes and blinking). There is literally an ocean of talent, creativity available for the sampling.

But as mentioned, it’s exactly this proclivity which deters so many. If you’re seeking a route into either hip hop or online mixtapes, you could do a lot worse than find one of the five we (highly subjectively) recommend below.

Maybe I’m a little biased here, but this is defiantly one of the best releases of the decade. Hailing from that haven of hip-hop, Gary, Indiana. Gibbs has shown every sign of being the next big thing, marrying blunted southern production with dark themes and one of the most uncommonly natural flows around. Midwest… is a darker prospect than his more recent releases, but like all his releases it’s quality from start to finish, courtesy of DJ Skee’s mindblowingly thick production and Gibb’s personal skills as a storyteller. Some are touting Gibbs, alongside contemporary J Cole, as this generation’s answer to Jay-Z. If that were to happen, it wouldn’t be a bad thing at all, based on the remarkably taut and slick discography so far displayed.

Purists might argue for The Dedication 2, but Da Drought 3 is the daddy of all online mixtapes. It’s a sprawling, bizarre, eclectic and ultimately ridiculously consistent collection that exploded the online mixtape straight onto the pages of pitchfork and thus, wider audiences. It goes without saying its bizarre in its uniqueness and unique in its bizarreness. And if you haven’t heard Lil Wayne already, it’s the perfect launchpad into his zany, blurred and exceedingly affable take on reality. The production here takes a back seat to the Weezy show, and he shoots off on wild tangents, twisting metaphors inside out and spitting out references faster than they can be digested, cackling, leering and growling the whole way through. Yes, it’s dense, but Wayne’s World is like no other on the planet right now.

Perhaps the most prolific of online mixtape releasers, silver mouthed and goblin-tongued Gucci Mane has over twenty mixtapes to his name, alongside six (soon to be seven) properly released albums. The Burrprint! is his most cohesive piece of work, though to be honest, all his tapes are dotted with quality and most of them are worth downloading just for the names (personal favourite: The Cold War Series - Guccimerica, Burrussia, Great Brritain). Gucci is something of an acquired taste, but his rough hewn vocal style and absurd lyrical touches place him amongst the best in the game. The carpet here matches the curtains, tracks stopping and starting abruptly and punctuated by bizarre shout outs and mid song skits. Burr! Burr!

I came a little late to Clipse, and only got hold of this mixtape in the aftermath of Hell Hath No Fury and the ensuing storm of publicity. The story is simple. Frustrated by record company wrangling delaying the afore-mentioned LP’s release, the Brothers Thornton decided to form the Re-Up Gang with Ab Liva and Sandman, to release a series of mixtapes in volumes to remind the people they still existed. The result was every bit as exciting as their long delayed record. Sputtering car-exhaust hi-hat and chrome plated bass lends the whole thing an eerie, swaggering tone, as coke-hop’s most talented pair trade bravado with occasional assistance from one Pharrell Williams.

Not to every taste, admittedly, but it would be a cruelly subjective article which failed to mention Drake, arguably the biggest success story of the online mixtape era [BIG UP TORONTO – Ed.] So Far Gone introduces Drake’s deeply personal, singsong take on hip-hop, merging r’n’b effortlessly into the mix. Yes, at times it might come across as treacly and nauseating, but when something as bold as ‘Best I Ever Had’ is the end result, he can be forgiven. Notable also for showcasing Lil Wayne’s talent as an A & R man; it was Weezy who personally scouted him and signed him to Young Money (“Young Moooolah Bay-beeeeeee”).