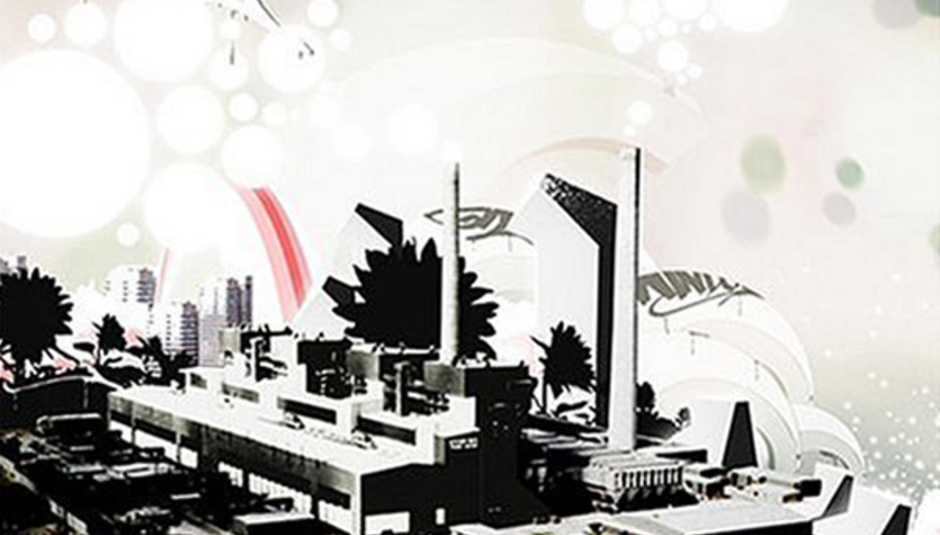 As part of our 10-week “DiS is 10!” celebration, we’ve asked 50 of our favourite people to tell us about one of their favourite albums of the past 10 years. This is not a best or "top" list, simply records individuals wished to highlight. Here, as part of "Beats week, DiS contributor Robert Ferguson shares his choice... El-P has made waves in the hip hop world, both with his solo work and as the father of the Def Jux dynasty. The impressive roll-call of artists on his last album belies his status among the select group who have almost grown too big to be considered underground in the strictest sense of the word, yet make music which ensures the charts are never really going to show them more than an inviting flash of ankle. Jaime Meline, as his mother knows him, is one of those force-of-nature talents which demands attention from the first moment of a career to the last. Before he set up on his own, El-P was a member of a group called Company Flow alongside rapper Bigg Jus and DJ Mr Len. After the trio went their separate ways in 2001, El-P has had a far higher profile than the other 2/3 of Co Flow. The thing is, even though he was overshadowed by El-P when they shared the stage, the solo work of Bigg Jus is that which really deserves the plaudits. If you're not already up on one of the best-kept secrets in hip-hop, ¬Black Mamba Serums is the album to explain why you should be.

On first impressions, BMS appears to stutter into life with the false start of 'NYC Colour Designer'. Even in the context of an album which drags you all around the block while it does its thing, ‘NYC Colour Designer’ is an uncompromising way to greet the listener. The beats are mainly sparse snare explosions accompanied by 8-bit throbs of distorted bass while Bigg Jus casts a critical over as much as he possibly can in 1 minute 40 seconds. The more you listen to the rest of the album however, the more ‘NYC...’ sounds like a deliberate test before entry than a dodgy beginning.

For those who make it there, ‘Kingspitter’ immediately soothes any thoughts of this being just another unlistenable avant hip-hop record. The straight-for-the-jugular bass remains, but this time it is twisted into a recognisable flow for Jus to ride. Although its anger and desperation manifests itself in a million different ways, Black Mamba Serums is a fierce record from start to finish, and the spectrum of emotion is all present in the first three tracks. If no track on the album is as straight-up aggressive as ‘NYC...’ then none is nakedly weary and worn out as ‘Plantation Ryhmes’. ‘Kingspitter’ is the bridge between the two. Once the opening lines of ‘Plantation Ryhmes’: “Cultural abandonement, warming planets, no second language, nuclear dominance” reveal the emotional heart of the record, the depth of feeling behind BMS hits like peering over the edge of a cliff face to see a hundred-foot drop.

The next piledriver comes with track 5, 'Silver Black Mountain King', an Amon Tobin-sampling half waltz, half bludgeoning, dedicated to the ethical hypocrisies of George Bush's warmongering. The lumpen funk of the piano adds momentum to lyrics connecting the dots between 9/11 and the financial rewards a war on terror brings to the select few. The final refrain of: "America uses depleted uranium tip weapons" is a stinging riposte to the hawks who feel the sun shines out of the military industrial complex's ass.

As well as being well referenced in lyrics, 9/11 informs the content of BMS in another, more direct way. The original Black Mamba Serums was scheduled for release just days after the bombing of the Twin Towers, but in the wake of the atrocity Bigg Jus decided the record wasn't good enough anymore and pulled it from release. He knew instantly what the world would come to realise in the months following the event, everything had changed. Jus tweaked and improved the original and called the result Black Mamba Serums v 2.0. To prove to fans and naysayers that it wasn't all just a publicity stunt in very poor taste, he included mp3s of the original recordings on BMS v2.0.

As the album wears on, Jus shifts from politics to discussing his troubled childhood and the racism he still encounters as an adult. 'Dedication to Peo' opens with some scratching over a psychedelic guitar solo, perfectly setting up the weary soul of the main piece. Jus uses the downtempo beats to once again lay his soul bare, focusing on his strained relationship with his legal-guardian grandmother. Her drunken abuse led him to take up graffiti for something to do on the numerous times when he was forced to leave the house till she dried out. 'Dedication to Peo' is one of the most tender moments on record, another reminder that to second-guess what Jus will come with next is to underestimate his supreme talent.

The album closes with possibly its strongest moment 'Say Goodbye' an outstanding collaboration with Mike Ladd weaving between the greed of false prophets and the ignorance of racism. Not only does it tie together those two seemingly disparate elements, it points the way towards an enlightened world which refuses to tolerate such inherently flawed human behaviour. Ladd's quality as a rapper is often overlooked among discussions of his improbably-themed projects, but here he goes toe-to-toe with Jus and wins on points. 'Say Goodbye' is one of those occasions where two heavy weights riff off each other to fantastic effect.

It's hard to overstate just how much of an achievement the mix of styles and subjects on BMS is, and the constraints of time and reader patience with fanboy drooling have prevented me from writing about other extraordinary moments like Mark Speqt's incredible rampage through 'No Desert Till You Finish Your Vegetables' or the subtle use of a Lamb sample on 'The Story Entangles'. All I really need to say though, is that if you love hip hop, you need this record.