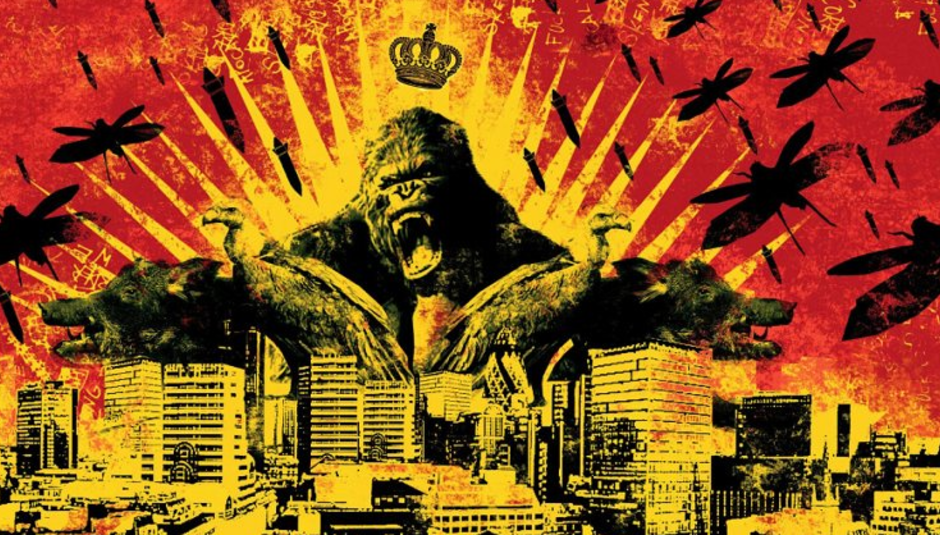 As part of our 10-week “DiS is 10!” celebration, we’ve asked 50 of our favourite people to tell us about one of their favourite albums of the past 10 years. This is not a best or "top" list, simply records individuals wished to highlight. Here, DiS contributor Si Truss shares his choice... In critical terms at least, it would be hard to argue that Kevin Martin’s third album as The Bug was overlooked upon its 2008 release. At the time it gained a sweep of overwhelmingly favourable reviews; it was a candidate among the list of albums for the inaugural Neptune prize on this very site, while it topped The Wire’s end of year list. Although it was far from a commercial hit, it’s certainly not an unappreciated album. Yet, that said, London Zoo is worth revisiting because it’s undeniably, a brilliantly different record.

In case the week of content that kicked off DiS’ anniversary celebrations didn’t get the point across already, dubstep has become a pretty big deal in underground music terms over the past decade. And it’s within the context of this ever-growing scene that it’s easiest to place The Bug. Yet Kevin Martin has always had a peculiar relationship with dubstep; often appearing as much set apart from the movement as he is integral to it. His music as The Bug obviously draws its influences from the same places as dubstep music – he is a near obsessive collector of old Jamaican dub-plates, and has roots in experimental hip-hop (as a member of Techno Animal) – and often he applies these influences in the same ways as other dubstep producers. Yet his work is always unique. The Bug’s album prior to London Zoo, 2003’s Pressure, was eerily spacey and unsettling and in many ways pre-empted a lot of the trends that the genre would adopt in the latter half of the decade.

London Zoo, however, is set apart by the wonderfully unique focus that Martin puts on his guest vocalists throughout the album. It feels as if every beat and bassline on the record has been carefully crafted around the vocal performance of whichever MC or vocalist is featuring. And Martin succeeds in getting the best out of everyone who appears. Vocals are often angry and passionate, at times it feels like The Bug is providing his various MCs with a platform for some sort of therapeutic release. Tracks like opener ‘Angry’ of ‘Fuckaz’ are formed around stream of consciousness style rants from Tippa Irie and Spaceape respectively, perfectly beefed up by Martin’s bass-heavy, dancehall tinged production. Elsewhere, the near whispered vocal of Roger Robinson on ‘You & Me’ – a collaboration that was later expanded into last year’s excellent King Midas Sound album – sounds incredibly delicate, and the music is pulled back to suit it.

Musically the album draws upon every influence from Kevin Martin’s impressive career. His first music venture was as a member of experimental hard-rock band God and throughout London Zoo he treats his dancehall and dub influences with the same punk-rock intensity that marked out that band’s work. In a recent interview in The Wire, Martin talked about how difficult, and often unpleasant, the five year process of producing London Zoo was for him and this seems to seep through into tone of the album. If outwardly London Zoo is an exploration of the UK’s capital in the 21st century, underneath that layer the record is as much about Martin’s often difficult relationship with his music as much as anything else.

So, what’s most surprising is how accessible the album is in places. While Pressure was an unnerving, often awkward listen, scratch beneath the surface and London Zoo is teaming with unexpectedly memorable hooks. The Warrior Queen featuring ‘Poison Dart’ is oddly dancefloor friendly, while the excellent turn of Roll Deep members Killa P and Flow Dan on ‘Skeng’ turns the track into strange sort of grime fuelled, dancehall classic.

Speaking personally, few albums have grabbed me and kept me coming back in the last decade as much as London Zoo does. I may not be the first person to praise this album, but it really does deserve to be seen as a pinnacle of a good decade for UK electronic music, and is a record that will always be worth revisiting.