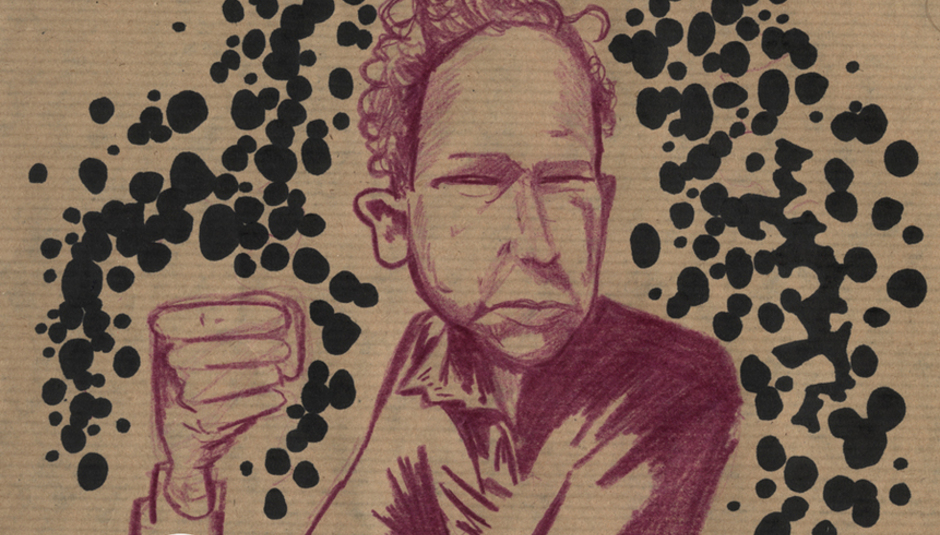 My friend Joe Hurt and I started Highpoint Lowlife records back in the summer of 2001. We had been running a weekly DJ night together for about a year and had often joked about starting a record label, but never seriously considered it. The club night we were running was very much the inspiration and spring board for doing the label - both focused on the particular cross-roads between electronic music and indie-rock, with Morr Music's compilation Putting The Morr Back In Morrisey being a massive inspiration on us. By then the first version of Napster had been up and running and already shut down, but we had no idea of the potential of the digital format, even though we had been eager users of Napster and early experimenters in doing online streaming broadcasts. We were still very much thinking in terms of physical releases and pressings of 1000.

One thing led to another, and shortly after we had released our first album, a double-disc compilation of San Francisco bands, both Joe and I moved to different cities, so Highpoint Lowlife ended up on hold almost immediately. I moved to London in early 2002 with one of my friends, Lisa Blanning, and we ended up starting a different label called Tsk! Tsk! Records. The first release on Tsk! Tsk! was a UK edition of Erase Errata's first album Other Animals which had been released in the states the year before. We set them up with a European tour, and were really lucky with the timing - they were destined to become massive, and the record and tour blew up. Lisa had much more experience in the music industry than myself, and I learned a lot from it - the record sold well, recouping all expenses and was eventually licensed to Blast First, which definitely coloured my expectations for further record sales. It’s quite a different story, I later realised, when trying to get press and sell a release from more unknown electronic acts.

Around this same time I had also been experimenting with an early mp3 label, called 8bitrecs.com. You can still view the site via the wonders of the Wayback Machine, and read an interview about the label over at Disquiet. The momentum that built up behind 8bitrecs was really what got Highpoint Lowlife going properly. It managed to build up a decent amount of hype - not massive or anything, but I was receiving a high amount of quality demos, and it was very liberating to be able to release such good music without the worry of financial constraints. We had releases from Janek Schaefer, Tarentel’s Jefre Cantu-Ledesma, Gregg Kowalsky, Rothko, Hans Appelqvist, Jason Forest/Donna Summer, Broker/Dealer, Shitmat, and many more equally good but lesser known artists. Most of the early Highpoint Lowlife releases came from artists who I had first encountered via 8bitrecs – artists like DoF, Fisk Industries, The Marcia Blaine School For Girls, Si-cut.db, Motion/Recon, Marshall Watson, randomNumber, Tigrics. You can still find the whole 8bitrecs catalogue for download here.

8bitrecs grew from a side project to become the de facto Highpoint Lowlife netlabel, but running two differently named labels seemed confusing, and when the 8bitrecs website grew too large to manage and navigate properly - over 100 releases by 2005 - I folded it back into Highpoint Lowlife. By then there was a real scene around netlabels, but it was still very hobbyist and purely focused on electronic music. By 2006 CD sales really started to drop off, which was a strange wave to ride through. By any normal standard falling sales should be a sign of a declining interest, but conversely it seemed like we were receiving a lot more attention - getting airplay on Radio 1 and climbing listener figures on Lastfm, which had started to make itself quite a valuable resource for promotion and feedback. We had digital distribution quite early on, but in the beginning digital sales were quite slow, and nowhere near enough to cover the falling physical sales. At various low points between 2006 and 2007 I did consider closing the label, as I was basically losing money pressing up CDs and vinyl which weren't selling enough to cover costs - but there was too much encouragement and too many signs that sales weren’t the end story. I knew the music industry was going through rapid changes and hung in there, looking at ways to offset the costs or do things differently.

In 2007, I was going out to a lot of lo-fi indie-pop gigs with my then girlfriend, and getting excited about the amount of amazing bands around and a new wave of labels cropping up everywhere. We had been thinking about starting up our own indie-pop label, but knowing the state of record sales at the time, rather than going for vinyl or pressing up proper CDs, we got into the idea of doing limited run hand-made CDR releases, focusing on 3" CDRs in really quite elaborate and painstaking packaging. WeePOP! Records was the outcome of that, and things with WeePOP! quickly took off, building a small but dedicated following with each release - in editions of 120 to begin with, each selling out within a month or two. I'm pleased to say Camila is still running WeePOP! and it's still doing really well, having now released several vinyl 7"s and with their first album release coming up this year.

I took some inspiration back from how well WeePOP! was running and decided to try the more lo-fi approach with Highpoint Lowlife, moving to doing limited run CDR releases focusing on well designed covers and artwork enclosed in larger format DVD cases. This worked out great for several releases over the next two years and kept our head above water, whilst also allowing the label to press a couple of 12"s for Funckarma and Hot City. By the start of 2009, digital releases had become widely accepted and netlabels no longer the preserve of the hobbyist. It was then I decided to focus Highpoint Lowlife almost exclusively around the idea of going primarily digital, with the occasional vinyl release to accompany an album. The past few years have been a tremendous ride - really from the end of the 2008 with the Hot City 12”, then albums from 10-20 and The Village Orchestra receiving really broad support across blogs, radio and print media, and up to our recent album and 12” by Roof Light. It’s been a very liberating feeling to finally make it to a point of covering costs and a feeling of pride to see so many of our artists receiving the attention they deserve.

I now feel like I've put the finishing brush strokes on to the project - I like the fact the label now has a beginning and an end, it feels like a complete object. I think partially my inspiration for finishing up rather than continuing indefinitely was The KLF, who were a big influence on me in my early years, first from the actual music at the end of the ‘80s, and especially with 1990's Chill Out album. But what really sticks with me was the screening on television of the burning of a million quid, and just the finality, the closing of something when it’s still going, that you don't need to stay with the same project you're known for. Having been through almost 10 years of the most turbulent times of the changing face of music distribution and consumption, and having survived it intact, I feel quite content to now stand down and go back to being an avid listener and fan myself rather than being an actual participant. I’m won’t be sitting around resting though, I’ll be moving onto another project which I assume will be quite similar to running a record label - I’m planning to start a comic book publishing company, beginning with a graphic novel I’ve begun called ‘Physic Or Surgery’ (the title is taken from a chapter in Le Corbusier’s "The City of Tomorrow and its Planning") which is set in a post-industrial city of tomorrow, a city abandoned by the government and run by a group of hackers and engineers. Here's to the start of a new chapter!

Listen to an exclusive mix by Thorsten for Drowned In Sound, compiling the label's music into a thoroughly diverting hour, here.

For more information about Highpoint Lowlife and their impressive release catalogue, check out the website.