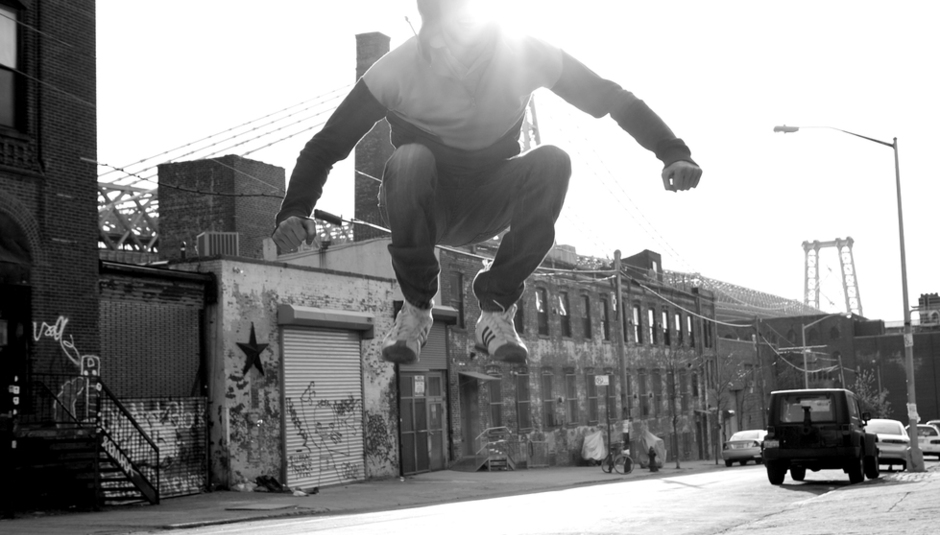 Convergent evolution, in biological terms, describes the process of two unrelated species evolving the same physical or behavioural traits due to similar environmental pressures. Say, hedgehogs and porcupines, which both evolved long spines for defence against predators but share no genetic links. New Yorker FaltyDL’s debut album, last year’s airy Love Is A Liability, seemed to appear out of nowhere, and created a storm amongst listeners. Rather than following prevailing shifts in the UK at the time, Drew Lustman’s music had come to pass via a similar process – a sort of convergent evolution, taking influence from far earlier waves of UK dance music than the current dubstep milieu and developing separately from the British scene’s trends and pressures. Since then, he’s turned in remixes for the likes of Mount Kimbie and the XX, and put out a seemingly neverending string of EPs and 12” releases.

Lustman’s music – unmistakably brimming with the restless energy of garage and jungle, but also distinctly of its own geographical niche - is compelling evidence that the metamorphic heart of UK-borne dance music has a restless spirit. Restless enough, indeed, that it has fully infected his output over the last couple of years: FaltyDL’s beats move with the dizzying complexity of jungle, the lopsided swing of two-step and the nostalgic warmth of Warp’s semi-ambient geniuses. “When I first started making music, I wanted to sound like Boards Of Canada. I still want to sound like them, create that air on the surface of every tune that envelops the listener,” he writes when we catch up to speak briefly about his latest projects.

“The people who have inspired me actually have very strong, minimal drum patterns,” he explains when I ask whether he consciously aims to infuse his tracks with such a level of rhythmic complexity. “An El-B beat is not too complicated, nor a Vibert one. Both solid grooves. I only complicate them in retrospect. To me every little micro hi-hat is as important to the overall groove as the kick on the one beat. But I am aware of how complicated some of my tracks are, and painfully aware of how difficult many are to mix.”

It’s something he’s perhaps taken into account, consciously or not, with his latest round of releases - two new 12” singles on Planet Mu, both of which further expand his sound in two distinct directions. The Phrequaflex EP, which came out last month, crams the scattergun beats of his earlier garage tunes into tightly focused dancefloor two-step. Next month’s Endeavour EP, though, slows the pace and ups the groove, crafting a gorgeous, retrofuturistic form of house that’s as closely aligned with Chicago’s originators as with UK space cadets Floating Points and Oriol. “Other than the obvious tempo changes, I see them both as very much me,” he explains when I ask whether he sees a division forming between the two sides of his sound. “Obvious influences are at play here. The All In The Place EP [released earlier this year] was working out a certain sound, as was the Endeavour 12”. It would be fair to say house.”

There has definitely been a subtle stylistic shift with this new material; more cosmopolitan, more thoughtful and perhaps slightly less chaotic. His technical production skills have improved, he explains. “That helps with taming the chaos. The sound I’m working out right now is a dustier, darker hardcore thing.” And there’s a new album in the pipeline, being finalised at the moment. “Myself and Mike Paradinas are really excited about how it’s turned out. These are my best productions to date, I lose myself in making them – they are snapshots of me losing my mind and finding it within five minutes each time.”

Lustman’s music is so exciting from a UK perspective because it takes a sound palette we’re entirely familiar with – shattered nuum beats – and renders it deliciously alien. “Musically, it would be hard to not be influenced by the sounds all around you while in New York,” he explains. “It changes everywhere you go. In the subway stations in China Town, you’ve got some skilled old man playing some bizarre stringed instrument he fashioned out of a milk carton. He will be playing Christmas tunes in some weird scale. In the Bronx or Harlem you will find the sickest jazz you didn’t know existed. I could go on – it’s everywhere here, I imagine similarly to London.” From our perspective it’s still like peeking into different world though, one that mirrors the cultural and spatial differences between both cities. “There is maybe more competition for free airwaves in the streets here,” he reflects. “Everything is very loud.”