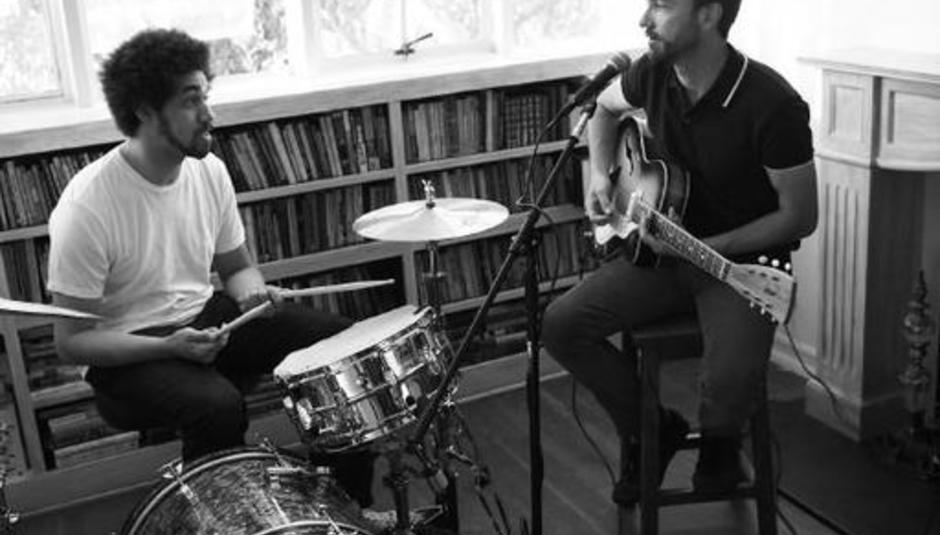 I am in Paris, with a headful of slightly parodic, fantasy ideas. I still think Paris is like it appears in the books I have read about girls in the 40s who went off to join the Folies Bergère, and I should - quite joyfully, and with no hesitation - cut off my own, hactual arms , if it meant I could eat like a Fronch personage for the rest of my life.

The best thing of course, is that I am not just travelling off on a solo adventure to the land of pastry and Pate d'Evil. I am off to meet my two favourite and best people in music - James Mercer and Brian Burton. And even though I got up at red-eye o’clock, a lovely surge of trepidation is pulsing through one; I hardly need the coffee I order when we are travelling (I still think it is magic) under the sea. Thing is, Chutes Too Narrow really did change my life – I remember exactly where I was when I first encountered it; and how it was love at first hear; and how it made a marvellous bubble around one, rather like the world depicted in its artwork. It is also not an entirely wild over-exaggeration to say that The Grey Album also had a powerful effect on one’s existence; the same effect that the meaning of life might have had, if someone had bothered to drop it into my divvy brain. By which I mean, it blew my tiny mind, and I really am the sort of insufferable twit who could pub-rant for hours about how important it is - utterly without self-awareness. And though you would find it everso completely dull, still I would plough on, with you twiddling your empty glass.

I shan’t do that to you of course - because instead we have a video interview of what really happened. Produced in conjunction with the really quite delightful and damnably talented GrandCrew (who lent their services, were all-charm AND bought me lunch), it's a record of two people who seem to have an absolutely enormous pash on one another; who just happen to have created an awesome record.


GrandCrew - purveyors of ridiculously good concert footage (recent hightlights include Health, the XX, The Chap, Anti-Pop Consortium, St Vincent and a tonne of other wicked-good stuff) - can be found here.