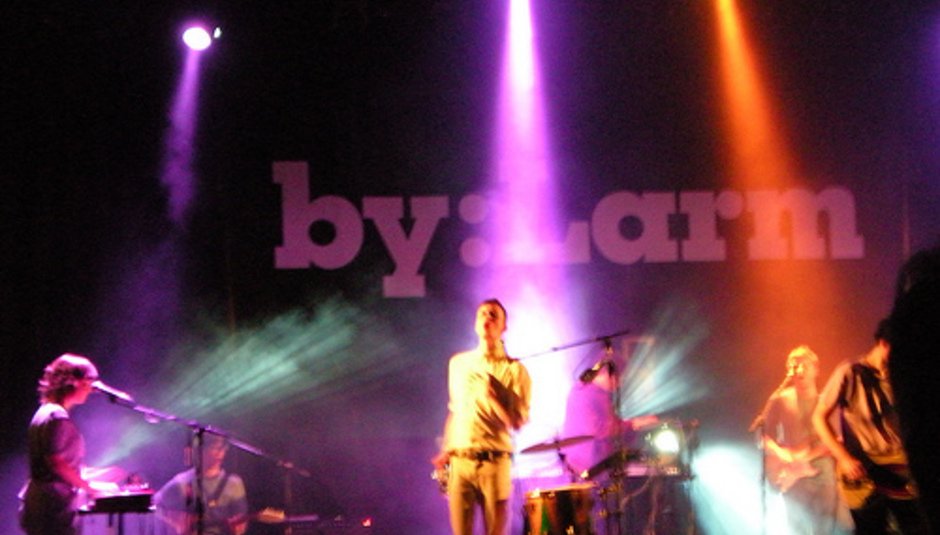 It's been a while.

How are you? Have you lost weight? You're looking great.

Sorry it's been so long. But seeing as my last DiS column was in 2009, the upshot is that it's actually super easy to think of a million great bands to write about. So much has happened, DiS. So much water has trickled under that proverbial bridge. Laughter. Tears. RIVERS OF TEARS. 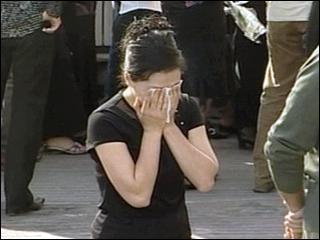 Let's think. Give me a minute. And I'll tell you about all the very best music I've come across on my travels...

So, I found myself listening to Beach House's ace comeback single Norway in a snow-lashed Oslo this February at the SXSW-style by:larm conference and festival. The Norwegian capital's hilly, winding streets were quite literally snowed under, so gigs were interspersed with bouts of treacherous skating between venues that apparently left three UK visitors nursing broken limbs. But thankfully there were icy gems to be uncovered that made the adverse conditions and £7 pints more than bearable.

The first band was one of the best. Playing in a wooden-walled hall dotted with statues and mosaics, Altaar took to a stage bathed in candlelight and pounded out half an hour of tectonic drone-metal that reminded of a beefed-up Earth, with restrained buildups breaking into riffing blowouts. The ritual complete, they finished their set by blowing out all the pillar candles, leaving the room in darkness with the scent of wax on the air. Across town, electrokraut trio Fontän played in Stratos, a room located at the top of a skyscraper with heavy snow swirling through searchlights outside the windows. Despite the spectacular venue and an interesting mix of effects-laden guitar and driving beats, they didn't quite recreate the elements that endeared their debut album Wintherhwila to so many critics in 2009. I somehow managed to miss three shows by The Megaphonic Thrift, but there was a noticeable buzz about them going around the by:larm delegates. Efterklang gave a majestic late performance in the airy Sentrum hall. Icelandic performers took some honours: Seabear showed why they're finding fans around the globe with a folksy, wry and heartfelt ensemble performance and For a Minor Reflection hit euphoric highs with their crashing, impassioned instrumentals. New Bella Union signings Chimes & Bells played to a packed room and drew admiration for their simmering, slow burning melodies. A real find were Giana Factory, a preternaturally talented Danish all girl three-piece. They played sharply cut songs built from sparse guitars and synth lines, not unlike an alternate-world Telepathe after a crash course in sounding like Sonic Youth. Mesmerising, and bound to end up up on England's shores sooner rather than later.

I've also been listening a lot to something I was sent by DiS regular and fineupstandingmusicgent Henry, aka M-I-E Music. "Gathered Tones" is the latest album by Trouble Books, and it's another beautiful textural work overspilling with good-natured lyricism and pretty melodies. Trouble Books make gorgeous music, plain and simple. Listen to an example here.

At those point I'd like a moment of silence for the gigs I missed during a three week period of illness. Instead of watching Owen Pallett at Union Chapel, Mat Riviere and Memory Tapes at Rich Thane's sleb-studded Ill Fit night, or the explosive, euphoric indie fun of Bodebrixen (over from Denmark with their fantastic label Good Tape Records) I was spacing out on Morphine in my room and watching The West Wing propped up on pillows. So no reviews of those shows, alas... but if you want to see Bodebrixen, they're back in LDN this week for a few shows, including Ja Ja Ja at the Lexington. The picture below is included to illustrate how fun I expect them to be.

I was up and about for the February Ja Ja Ja night. And praise be, because that means I got to see Ungdomskulen. Fuck me, these guys SLAY live. They strike me as ex-metal teen nerds living out some kind of distorted pop star fantasy in the best way you could imagine. Pantsy riffing, gregarious soloing and jumping about; obscene sideburns, breakneck speed fuck-you rock 'n' roll, and a bassist in a sequinned blouse of some description. They were entirely ace.

Much quieter but just as perfectly-formed is Bandstand Busking, a London-based gang that film a wide variety of bands playing live and unamplified on disused London bandstands. Lots of fun on an empty Sunday afternoon. It takes them a million years to put anything up, so among the latest to go live is an astonishing session by the Wilkommen Collective's Sons Of Noel & Adrian, who conjured up imagery of medieval soldier ghosts and sad tattered flags with their evocative ensemble playing. Their foot stamps rang out across Islington's Northampton Square, bouncing off the surrounding university buildings like thunder, lighting up my mind and body with wonder and adrenalin. Watch this session and others including David Thomas Broughton, Micachu and Internet Forever, here. And watch out for a forthcoming session by DiS and Brainlove's own Stairs To Korea...

... but I'm too impatient for waiting, so it's a good job that Oliver Horton, owner of the E8 recording studio DREAMTRAK, has been recording sessions by a succession of ace bands since early 2009. His Stairs To Korea edition can be heard here, and there's lots more on the Dreamtrak blog, including Jam On Bread, Bodebrixen and Horton's own band Trademark, formerly to be found on the diminishing Truck Records label. I'm a long time Trademark fan, and their new EP At Loch Shiel is a very worthy addition to their canon. It's a real progression in their polished pop sound. Peter Cech it out my friends.

Finally, Xiu Xiu unveiled their new set to a sold-out Luminaire. Jamie Stewart's bottomless intensity becomes more thorny and difficult to understand with every addition to the Xiu Xiu oeuvre, but his work is always compelling, often to the point of being hypnotic. Squalls of terrifying noise mingle with near-silences in which the only audible sounds are Stewart's distinctive voice and the snap of camera shutters from the front row. Once or twice during the performance, the overtly serious playing of tiny cymbals became almost comedic, such was the emotionally loaded nature of the performance. But Xiu Xiu have always flirted with absurdity, and they remain one of the most prolific, impenetrable, endlessly interesting and consistently engaging bands around. This picture of Oslo airport at dawn symbolises the END of our journey.

In Photos: Is Tropical @ The Lexingto...