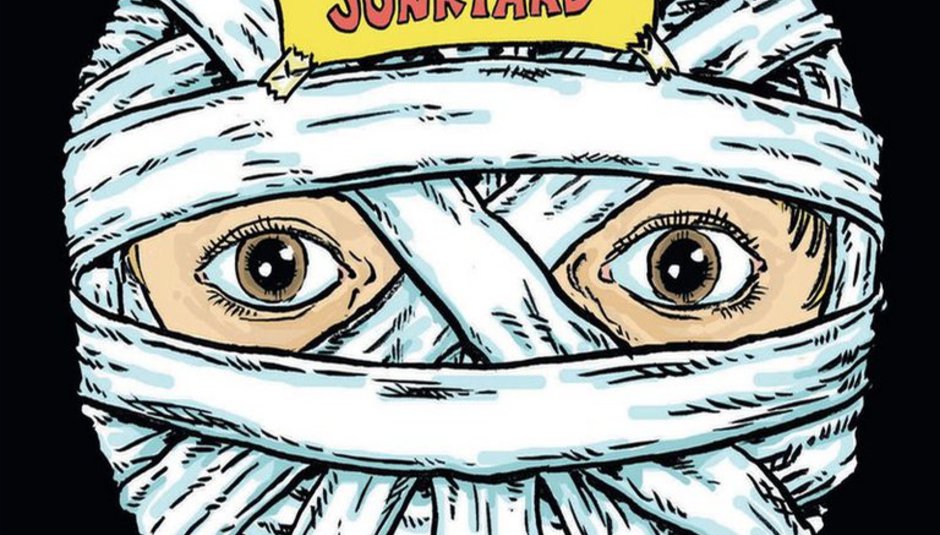 Jeffrey Lewis' star has risen steadily since 2001's The Last Time I Did Acid I Went Insane but he now finds himself eight years and five albums into an accidental career as a singer-songwriter. With his comic book writing still on hold, 'Em Are I is the album where Lewis fleshes his sketched outlines into kaleidoscopic colour. He does so with a little help from his friends, Herman Düne backing him on 'Roll Bus Roll' and J. Mascis adding a wonderfully over-the-top solo to 'Good Old Pig, Gone To Avalon', but it’s not just about the guests. Writ large across this album is a musical ambition to match his already erudite lyrics.

Reassuringly, those lyrics are just as verbose and introspective as ever. Shortly after the release of his last album of original songs, 2005‘s City and Eastern Songs, Lewis turned 30. On this album, he comes to terms with the fact that "the sun setting on my youth makes that old shadow get taller." On ‘Roll Bus Roll’, he sighs ruefully "I wasn’t designed to have so much past," but he deals with ageing with characteristic self-deprecation, "Going bald is the most manly thing that I'm ever gonna do." A less talented artist might have painted himself into a corner of self-absorption by now, but Lewis has grown into, to borrow his own description of Leonard Cohen, a 'song-writing master'.

Take 'Broken Broken Broken Heart', which marries a jaunty, hand-clap led rhythm to a painfully unflinching account of a self-inflicted relationship breakdown. Lewis drips self-loathing, saying of love, "Can I tell it that I don’t care if it live or dies, can I hate it and just wait and see? Can I send it to the arms of another man less cruel and curious than me?"

The reason this album stood out this year, however, is that while an examination of the human condition runs through the album like a red cord, these songs are just as likely to move your feet as your heart.