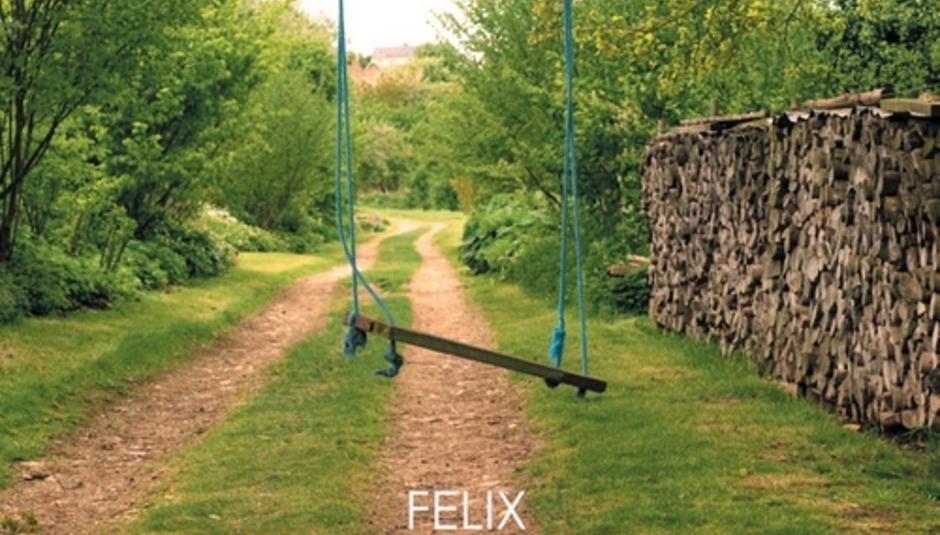 Felix’s wondrous debut album emerged in October, and it’s held me rapt in its otherworldly spell ever since. It’s an odd beast, and one that defies easy categorisation - a sombre, reflective yet exceptionally pretty collection of songs. Except these aren’t really songs, and lyrically at least, they’re far-removed from any traditional notions of prettiness you might care to entertain.

Lucinda Chua and Chris Summerlin ply in dwindling intonations of loss and regret that, even at their most strikingly beautiful, are underpinned by a creeping sense of menace and unreality (see the closing ‘Song about Zoo’). Elements of drone and chamber-pop, jazz and classical combine to hypnotic ends, Chua’s girlish delivery always at the fore: whether elevating the likes of ‘Where Is My Dragon?’ towards the ascendant, dropping Twin Peaks references with steely conviction on ‘Back in Style’ or gracing the album with its most haunting narrative on ‘Bernard St.’, hers is a beguiling presence, and it fits these brooding arrangements like a glove.

For all that, You Are the One I Pick is never an overly gloomy or despondent listen. At its centre lies a trio of animal-themed compositions that revel in surreal, suggestive flights of fancy; elsewhere tunes like ‘Ode to the Marlboro Man’ exhibit a jazzy twang and playful sense of humour while ‘What I Learned from TV’ maintains a perceptibly human core ’neath its bruised, keening swell.

It would be a great shame were this album to round out the year without coaxing a few more fans from the woodwork. A unique, engaging piece of work that exists purely on its own terms, it offers beauty, mystery and enjoyment in abundance, and earns its position in our Lost 9 with a flourish.

Drowned In Sound Kranky Records Special by Drownedinsound on Mixcloud

In Photos: The Raveonettes @ Het Depo...