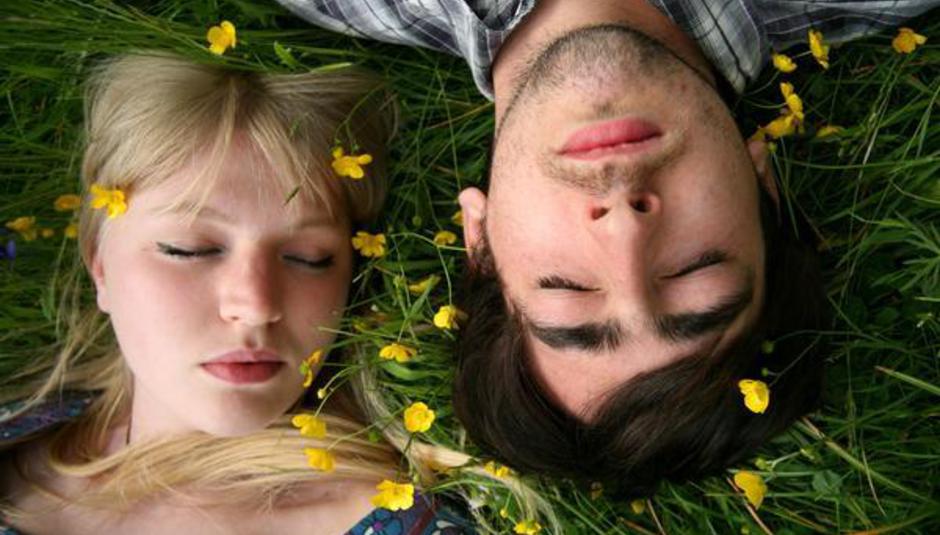 It's the time of year to list the best records of the year. We've asked some of our favourite acts to tell us which five albums they've had in heavy rotation.

In this set of musicians' favourite five albums of 2009 we have folky-popsters Slow Club, dreamy-fuzzy-lovely antipodeans The Ruby Suns and tear-your-face-off types Pulled Apart by Horses.

Kicking things off is a member of DiS' alt.-Mercury-Music-Prize, the Neptune prize winners Late of the Pier whose new single 'Blueberry' is out this week via Erol Alkan's Phantasy label.

Potter from Late of the Pier

Micachu and The Shapes Jewellery

It's hard to pull of such technical music with such feeling.

So completely incompatible with the future he dreamt of. The lo-fi recording makes you feel like you're the only person in the world listening to him

Pushing things sonically in a more stylish soul driven way than most dubstep.

So many poly rhythms dancing around each other, at Sonar it united the head-nodders, the chin scratchers and the kids. Future sounds.

I like it how this album sounds like it was recorded inside her head whilst she's skipping through a field. Her lyrics tickle aswell; "I've got news for you I got pregnant with birds that sing real prettier than you."

Ryan McPhun of The Ruby Suns

There as been heaps of great stuff out this year, but here are five things I'm thinking of at the moment...

Signer Next We Bring You The Fire

Bevan Smith is a friend of mine and at the start of '08 he started sending me demos of the stuff he'd been working on for a while. It took ages but those demos eventually became his latest album. I guess you could call it pop/techno/ambient or something like that but it sounds different to any techno I've heard. Some of the songs have the catchiness of U-ziq but with more of a pop structure . "Don't Be a Forest Cow" is epic. It's my fave album of this year for sure.

The slow tempos and the simplicity took me a while to get used to. But eventually it finally got through to me in a big way. The Melodies are amazing and I love the lyrics. Some great sounds on the album, and great use of harmonisers/pitch-shifters too. "I'm very good with plants. When my friends are away they let me keep their soil moist." Perfect

These guys blend so many of my favourite genres/influences together to make something pretty special. The first I heard from these three was a demo under Esau Mwamwaya's name called "Chilombo" and it blew me away. It didn't make this album though. Maybe because of the Paul Simon sample.... I've been digging what they do ever since.

This guy is a cumbia digital master. I heard an instrumental of his on a ZZK mix and was so into it that i sampled the whole thing and used it as a backing track to play on top of when i did some solo shows this year. I eventually got the album and it's great from start to finish. This guy puts together some great beats!

This guy makes some amazing mixes. He throws all kinds of stuff together to make this incredibly dense loop based dance music. You can find new rhythms each time you listen to one of his tracks. I don't have an album of his, just heaps of random stuff that I've found on the internet. I've done a little bit of djing lately and his stuff always gets people goin...

Following on from a good year of releasing their debut album Yeah So and several UK and US tours, we're rounding off 2009 with the ‘Christmas, Thanks For Nothing’ EP, out on Moshi Moshi on Monday 14th December and playing the Union Chapel on the 17th December, with support from Cate Le Bon and some surprise guests. More info etc at myspace.com/slowclub.

My number 1 was 'I am Sasha Fierce' But it came out in 2008 apparently. SO this is going to be difficult... IN NO ORDER;

Cat Le Bon* Me Oh My

Ok, so we made best mates this year but I'm not just saying it; her album is wonderful. Minimal and beautiful production on really solemn songs that are just perfect. 'Burn Until The End' is my favourite.

Definitely the best artwork of the year. I might be biased because I was having the most fun week of my life when I heard this record. But it’s just everything I look for when I'm not looking for terribly sad songs, its EUPHORIC! I wish I was in the band, and that’s always a good measure of how much I like it these days. ‘If it sounds like it’s fun to play’ has become a new criteria for me. 'Evergreen' is my favourite.

It’s so hard to talk about albums without sounding like a nobhead. But, this was obviously genius. '368' is my favourite.

I LOVE THE VERY BEST. I want to be in them as nothing more than a dancer. I just think it is truly inventive electronic dance music for once. Another GENIUS find by MOSHI MOSHI (ahem) 'Julia' is my favourite.

It’s only an EP, but I think it the only other thing I bought this year that came out this year and love. The sounds and production are similar but somehow more mature and pushing on in a new direction. Which is what all eps before next albums should do. 'Don't Lie' is my FAVOURITE!

I saw this New Jersey band at a bar called 1808 on Chico street in North Austin. I only just got the album so I haven't made up my mind about it yet but it just sounds like a live show, which is what I was hoping for.

Various Artists Dark Was The Night

This album was given to me by a friend early in the summer. It’s a compilation album of different artist playing together. Like Dirty Projectors and David Byrne, who are both favourites of mine. The album also features Beirut, Bon Iver, Dave Sitek and loads more.

Wave Machines Wave If You're Really There

I have been waiting for this album since May 2007 when I saw this band for the first time. Loads of instant pop melodies. I like the way they all swap roles.

The Strange Boys And Girls Club

I love the sound of this album. I think its cos I am a sucker for fender guitars and 7th chords. If you like both of these things, maybe buy this album.

This album was made in 1976. Released by Finders Keepers in 2009 (I think but I guess it doesn't matter). I heard it this year and that’s what matters! Some flutes, incredible vocals, and also a bit of flanger. If you like this record check out the ‘Sound of Wonder’ also on Finders Keepers.

James from Pulled Apart by Horses

Future of the Left Travels with Myself and Another

I first heard this album in the middle of a UK tour with these Cardiff based fuck studs earlier in the year and I still can’t turn the fucking thing off on itunes. They really excelled themselves with this LP. Kick in the teeth anyone? Put this on then.

I knew this was going to be special band that would make an amazing debut from the early singles they released and luckily I was right. This record eclipsed many other records released in 2009 on every scale for me. If you still don’t own this album sort your life out.

Curse Parlophone all you want for the audacity that was to be releasing every last shrapnel of what they once had with the Oxford five. But, this is one of the best records of all time made even better with some of the best b-sides I think they’ve ever written.

When this was re-released I started shitting eggs with joy. JL have to be one of my favourite bands and this album is a perfect etching of how I would perceive the band to be on record. It’s been slightly tinkered with and sounds even better. I still have holes in my wall from dancing around to this.

Baddies Do The Job

Now here we have a band that has made a debut record so infectious it hurts. They certainly did ‘do the job’ as well. This power pop punk record brightened up a part of my record collection that was looking a little weak and sad. More of this please Baddies.