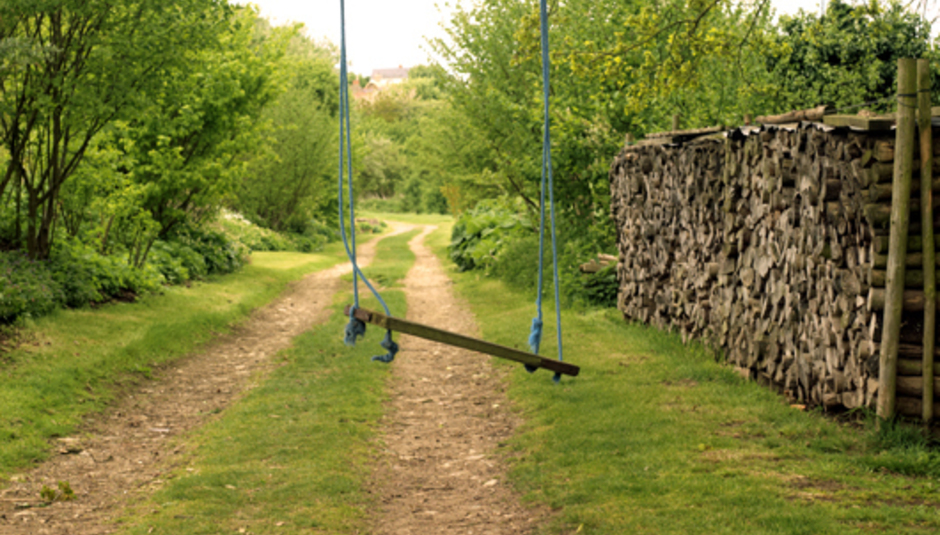 Felix’s October-released debut album You Are the One I Pick is the culmination of an unlikely working relationship (“condensing four years of gossip into an album’s worth of listening”) that’s seen Lucinda Chua and Chris Summerlin get picked up by Chicago’s Kranky Records and garner plenty of admiration from those who like their music of the sinister-yet-exceptionally pretty variety along the way.

It’s a deceptively powerful record, Chua’s tales of dragons and domestic unease resting against a sparse glow of instrumentation. We reviewed it to the tune of 9/10 here, and were keen to find out more. How, for example, did a prize-winning young photographer and classically trained musician wind up making music with the guitarist from Lords? How does the collaboration work? Does Lucinda draw any parallels between the worlds of images and music? What of her going on tour with Stars of the Lid? And perhaps most pressingly, what’s it like taking photos of bile-fuelled national institution Charlie Brooker?

We put these questions to the band and asked them to write to us with their answers. They complied. I studied photography at university, it was one of the best things I have ever done. I started piano just before my fourth birthday and then cello when I was ten. I remember the birth of my sister when I was two, but other than that I can’t remember ever not playing music.

I don’t see the two as illustrating each other in a literal sense, but I suppose the relationship between them is that they both feature the things I have an interest in. I mostly make portraits and I mostly write about people. Maybe not the same people but I suppose all the little stories (real or implied) are what I look to explore in my work.

In the future I’d like to do a project where I directly link the two but it would be one, whole piece of work – I don’t see the photographs as illustrating the music or the music as a sound track to the photographs, there is no dominant medium, I go through stages of loving and despising them both.

Photographing Mr. Brooker is always a pleasure. He is always well behaved, very charming and incredibly polite. I won’t sing his praises any more for fear of making him appear uncool. … & on touring with Stars of the Lid

It was my first ever tour and it was so full on. We got the train to Brussels for three days of intensive rehearsals and then we had our first show! We had to learn all the parts and arrange them for string trio scoring them out on manuscript from listening to the CD. In theory it is easy – most of it is the same note repeated, but actually, because there is no time signature and no cues, you have to be so tight when you switch from playing drone into suddenly playing a section together, in unison, with a tempo. It really made me appreciate how complicated the simplest music can be.

The tour was a real adventure, we did something crazy like 28 or so gigs in about 30 days all dotted over Europe. I won’t lie, there were some really challenging moments - it is hard to keep your sense of reality when you are constantly moving city and country night after night, where your only purpose is to get on stage and play some four perfect notes over and over again, but when the sound was good and we (the string section) played it well it felt so magical. It was like we collectively were this incredible sound that took over the entire room. I can still hear it in my ears sometimes.

There were also many amazing moments I will never ever forget. Ireland was beautiful, Lisbon was beautiful, Prague was so beautiful, the venues were incredible, and people would ask us (the string section) to sign their tour CDs! (Adam and Brian always sign “sleep warm” and “go to sleep”; Noura signed hers “Michael Jackson”) – I felt like I was taking the fun bits of somebody else’s ten years of hard work! Chris on the band’s working relationship and signing to Kranky

Like a lot of things connected to Felix, it came about through a total coincidence. I met Lucinda in 2004. The band I was in then had lost its singer and I just thought she looked like she might be into screaming over a load of noise. Unsurprisingly she wasn't, but we became good friends despite this. She gave me a CD of some home recordings she'd made and I thought they were amazing. From this we made some instrumental music together (she helped on both Lords albums too) and eventually I ended up playing live with her (and other people) under the Felix name before it just ended up as the two of us with Elvis from Lords contributing the drums.

I feel a bit weird talking about the collaborative nature of the band because I still feel the songs Lucinda makes on her own would be pretty much perfect without any outside interference. I guess my role is more like an old-school producer in that I just help make the records in whatever way works best, even if that means cutting my own contributions to the bare minimum or just finding the right people to work with (in this case Ian and Gareth who recorded it with us).

In that context it's not much different from making a record with Lords or whoever - just concentrating on making sure every song feels as good as it can and has something delightful about it, or contains a moment that is somehow exciting. It's also a challenge to make something that is essentially pop music out of very odd composite parts. I can definitely say that the individual parts of the album are the most bizarre and experimental music I've ever played or been involved in, but our desire is that that isn't obvious when listening to the finished thing. I like that way of doing things a lot. I would love to spin some story about how we write songs by candlelight or we conduct séances or something, but Felix to us is about plenty of cups of tea and slices of cake, some tasteless jokes and a good gossip.

We do like the mystery aspect of the music and the way the band works; we always try and keep things deliberately vague so as to not wreck that, but the idea of the band being this unbearably precious thing is pretty hilarious to me and would be to anyone else if they were a fly on the wall. Lucinda consistently knocks me out with the music she comes up with though, and I feel really proud to be part of it.

As for Kranky, Lucinda ended up playing cello on tour in Stars of the Lid who are on the label and we also did a split 7" on Low Point with our friend and now Kranky labelmate Chris Herbert, so I presume we came to Joel at Kranky's attention through those coincidences. I can sincerely say without his gentle encouragement and support we probably wouldn't have got our act together to make the album, and we were so amazed he said Kranky would release it. I've been a fan of that label since I was a kid so it's a real honour. I once took Joel and Stars of the Lid to a terrible late night bar in Nottingham about eight years ago; I think it says something about the record that they haven't held that against me. Or maybe they just haven't remembered it... You Are the One I Pick is out now on Kranky, and Felix will be touring before the year is through - check their MySpace for details

Listen to our exclusive Kranky cloudcast and marvel at an actual white rainbow (I saw one of these the other day, truth) here