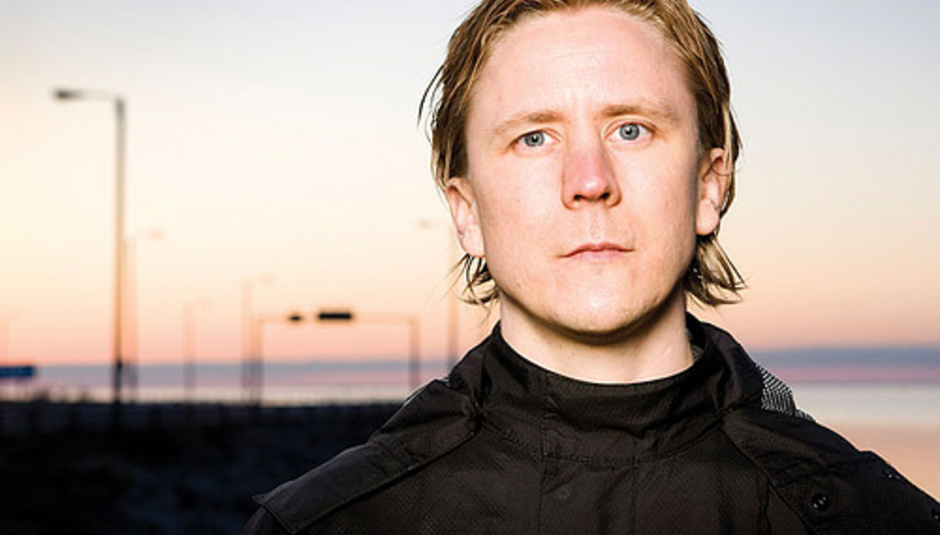 Even by his usual prolific standards, this summer was a productive time for Finnish electronic maestro Sasu Ripatti. Fresh from a professed desire to move to a more organic and increasingly ‘physical’ mode of music-making, Ripatti’s diffuse percussion work on the Moritz Von Oswald Trio’s Vertical Ascent long player saw him make a return to the drumkit - with stunning results, as his delicately shifting patterns lent a sense of urgency to the Basic Channel mainman’s dubbed out electronica and half-remembered techno beats.

In a suitably timed move, his magnificent latest album as Vladislav Delay, Tummaa, was released only a couple of months later and elevated these more human elements to the logical next step. Building heavily on an improvisational framework and featuring the work of a live trio of musicians alongside Ripatti’s trademark subtly integrated electronic textures, its seven compositions veer from oppressively dense dub-tech to widescreen, jazz-influenced modalities, all bound together by a keen spirit of exploration.

In a recent interview with The Quietus, Ripatti revealed the influence of his home country’s winter darkness on the nocturnal landscape of Tummaa. Its sonic hallmark is scattered all over the record’s surface like a fine sheen of frost, from the brittle piano melodies that usher in opener ‘Melankolia’ to the crystalline shards of noise and curiously insular chord shapes of the title track. As the days draw to a close on 2009’s strangely extended early autumn, Vladislav Delay’s fragile soundscapes seem to become ever more seasonally appropriate. DiS caught up with him via email in advance of a rare London performance with Tummaa guest musician Lucio Capece to discuss touring, recording and further sessions with Moritz von Oswald.

DiS: You’ve been on a fairly busy tour this autumn with the Moritz von Oswald Trio as well as your own shows – how has it been going so far?

Sasu Ripatti: There actually hasn’t been any tour to speak of, more or less just the usual string of shows with/under different formations. But it has been going well, thanks.

DiS: Do you prefer touring with a full band rather than doing solo sets?

SR: Both if possible. It’s the same as in the studio when producing music, I prefer to have a wide range of things going on rather than just staying focused on one project or style. Being with a band is so different from doing solo stuff it really resets the whole mood, and when solo shows and band shows are mixed it really makes the playing more concentrated and interesting. You need to change how you approach the music when you play a solo set of whatever kind of music the previous night, and then play with a band. And during a solo set the next evening you might try to incorporate something of what happened with the band the night before.

The bottom line is that when you do solo sets it’s more or less catering to your ego and doing exactly what you want, whereas with a collaboration of any kind you have to leave your ego at the door, look at the bigger picture and support it whatever way you can. I like both a lot and wouldn’t like to ever face a situation where I had to choose one over the other.

DiS: Do you find that the process of working with a group of musicians, as opposed to solo, changes the way you write and results in a different end product?

SR: Of course. It’s already in the nature of a group that there are many more variables and influential factors compared to doing it all by yourself. At least in my case, I have never been in a dictatorship-like group where someone commands the whole show and you just try to follow that. It’s a process of interaction and reflecting upon what others do, so it changes much more than when going it alone. I find it much harder to stay on any premeditated course with groups, whereas in solo projects I can keep more or less the vision that inspired me in the beginning, and create something around that.

DiS: Do you have any plans to work further with Moritz von Oswald?

SR: We’ll do more sessions in December and we’ll have to see if they work out well. I have a good feeling that they will though, the group is really growing together and finding new areas to explore.

DiS: When you began writing the pieces that became Tummaa, did you have any overall idea in mind for what the end result would be, or was it a matter of elements changing as the recording went on?

SR: With Tummaa I wanted to go even further away, not only from beats but also this whole ‘electronic’ feel, to try to see if I could come up with interesting music and soundscapes through other methods and sound sources. Even so, in the beginning I established some ‘grooves’, which I reduced bit-by-bit along the way, and in the end there weren’t many beats remaining at all. So I had a driving vision as always but it changed along the way, perhaps more than usual.

DiS: The easy availability of sequencing programs and soft-synths seems to be generating a host of very similar-sounding club-based music, all made with the same basic tools. Has your move towards more organic and spontaneous recording been affected by a desire to continue to make music that sounds unique?

SR: Probably, although it’s not just the means to produce but also the marketplace, clubs, audiences, and especially DJs that are responsible for the lack of any interesting movements in club music. I also find it more difficult to make club music with interesting sounds and so forth that would have a unique feel to it. I’m definitely driven by the desire to look for new and interesting sounds and musical discoveries, so I naturally tend to often go to more leftfield territories.

DiS: Do you think that the more leftfield musical direction you’re currently exploring as Vladislav Delay bleeds back into your more club-oriented music? Do you see any potential in transplanting the physicality of your work with the Moritz von Oswald Trio and on Tummaa into a club-based form?

SR: I’m sure things influence back and forth, at least subconsciously. I’m about to begin some new work that is directed towards the club area. If my experimental projects don’t influence the club stuff directly, at least they do in the sense that when I work enough with experimental stuff, I feel the urge to do more pop stuff. That is how I look at the club stuff, pop and mainstream as it is. I don’t know what underground club or dance music is to be honest, I haven’t for many years now.

That probably means that there is actually less direct influence and borrowed elements than there could be. When I change course and begin new work and a new style I try to lose the old baggage as much as I can, even if for nothing other than private inspiration. I think it will take quite some time before I even try to replant anything like Tummaa onto club format.

DiS: In previous interviews you’ve described the process of recording Tummaa as involving real-time processing of actual instruments, and from listening to it I can imagine that its basic song-forms are robust enough to withstand further changes. Are you fond of taking these more improvised aspects into your live performances? Can we expect your London performance to incorporate a healthy dose of new and/or re-imagined music?

To be fully honest, I have no idea what i will do in London with Lucio. It’s the first time we will appear together on stage, and we haven’t even discussed what we should or shouldn’t do yet. Which is great, but it doesn’t allow me to really say much about the coming concerts. I’m very keen to include as many improvisational aspects in live concerts as possible, that’s actually my biggest joy about playing. Planning ahead is a joy killer for sure.

DiS: And finally, you tend to have a number of projects on the go at any one time – what can we expect from you in the near future?

SR: Right now, I’m in Belgrade setting up the studio and all the works for Vladislav Delay Quartet to record our first album’s material. So that’s the main focus now, doing the group and seeing what can be done with it. It’s very much improvised music with a touch of jazz, with myself playing drums - so it’s a whole new playground again, which I shall enjoy a lot. Besides that, there are some new projects being planned that are more towards a club and less a head-oriented direction.