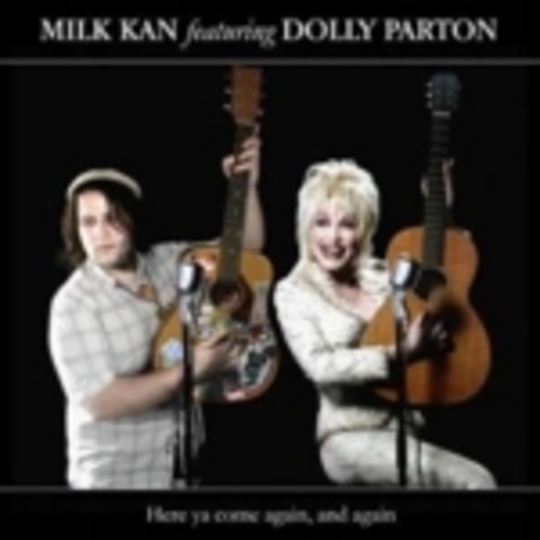 For any of you who ran to William Hill to put bets on The Twang’s ‘Either Way’ for Worst Song Of 2007, your cash is under threat from a bunch of underdogs, and a song so ill-advised that Dolly Parton was last seen digging herself a grave just so she could have the option to spin in it in future.

Milk Kan’s idea is actually a decent one – ‘Here Ya Come Again & Again’ samples the first verse of Dolly Parton’s ‘Here You Come Again’ for its chorus, with Milk Kan themselves waxing lyrical over the top of her vocal line and adding a couple of their own verses to create what is essentially a duet – but it’s the clunky construction and the swaggering nah-I’m-not-bovvered-if-I-pronaaance-my-words-roight vocals that instantly lay waste to any initial excellence. Notes are aimed for yet hit only roughly, casually; with a Dolly Parton of thirty years ago hitting the exact same notes spot-on at the same time, it’s an aural mess.

But it’s cool, right? It must be! They sound like they don’t care and it’s all novel! Or could it just be that it’s country pop for the art kidz, innit, and it’s crap? It’s out-trumped by its own b-side, ‘I Want My MTV To Want Me’, and even that's only some up-tempo art-punk (read: it’s a loud mess but the guitars are clean) disguised as some kind of sexual advance towards a multinational corporation, and whilst “you’re a bedroom wife, you’re a bedroom lover / you’re the Lethal Weapon, I’m just Danny Glover” isn’t the most impressive thing you'll ever hear, at least the components of the song are all on the same wavelength.

‘Here Ya Come Again & Again’, meanwhile, just sounds lazy and clashes horribly. Shame on you, Milk Kan, you know better than this.