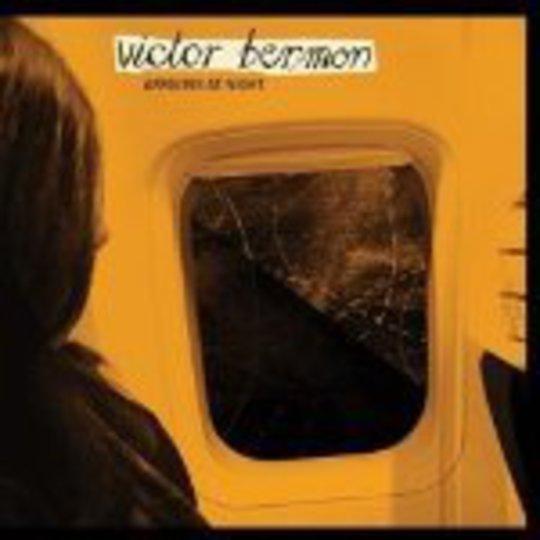 I’ve been listening to Victor Berman’s Arriving At Night for a while now, not that I realised it – his jazz-tinged lounge-lizard music has a way of slipping into the foreground. You won’t nod your head or tap your toes to the rhythm. You won’t hum the melodies. You won’t even realize what’s happening until ‘Photographs are Not Memories’ slips serenely into the back of your mind and taps your cerebral cortex on the shoulder. “Er, I’m here,” it says before it unceremoniously dives into a skip-along beat and simple patterns that will again represent nothing more than the soundtrack to your life.

‘Unprepared’ is the sound of sleep, drifting, droning, slipping, sliding around on the ice rink of your mind with the quietly graceful blades of a swift skate. ‘View of the Islands’ is the drive to work: cluttered, scattershot, rushed, determined, disappearing from view like the horizon as you commute to your place of enslavement. ‘Famous Discussion’ is the caffeine-boosted high you get after that first cup of strong coffee, jolting, shiver-inducing, lovely, fleeting. Then you crash a bit... but you never lose your edge, slinking your way through the next few hours with the same quite determination displayed by the soft glitches and synth-speak of ‘On The Way Back’.

You get the idea, so I’ll just let you take things from here. Berman, with 13 delicately placed, perfectly sequenced mellow-hop compositions, has orchestrated an album that encompasses life as we know it. Never a slave to the easy pay-off school of thought, his anti-climactic sound climates express just as much as a build-and-explode dynamic without cheap, derivative build-ups. He lays his beats down sans glitter, his accompaniments without rough edges or unexpected shifts. If you count on your music to lift your daily routine above sea level then Arriving At Night isn’t for you, but if you are in search for a constant audio companion with very few bumps in the road, look no further.