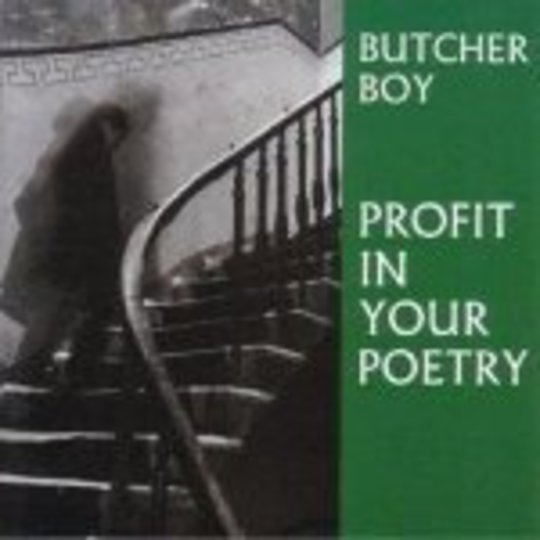 Now here's something interesting, and in what promises to be another superb year for independent Scottish music, it's coming at you straight out of Glasgow. The city that gave the world Belle & Sebastian and Camera Obscura now has another miserabilist pop ensemble to (dis)content itself with, and its chief architect John Blain Hunt proves himself to be a songwriter of enviable skill on this, Butcher Boy's maiden long player.

It's an album of immense subtlety and depth, the kind of record you can listen to fifty times and still discover hidden treasures on that fifty first spin. Being slowly seduced by an artist is always a joy, and that was very much the case with this album for this writer.

Not that happiness seems to be an emotion with which Hunt is particularly au fait, at least not in his songwriting persona. 'Girls Make Me Sick' is an oblique reference to the root cause of this discontent - gallows humour, then, for him to release it as a single 48 hours before the dawning of Valentine's Day. It's also the song most likely to draw in new listeners, reminiscent as it is of latter day B&S, complete with a jaunty boogie piano line.

Delve a little deeper, though, and the more bountiful treats reveal themselves. The brisk title track, opening with a sea-shanty guitar riff before stopping altogether to let Hunt deliver the payoff ('I can see... the profit in your poetry'), sounds like a fantastic, undiscovered Smiths composition, but it's to the song containing the lyrics that open this review I'd like to draw attention. Here, on 'I Know Who You Could Be', Hunt's ethereal lyrics skirt around an insistent bass line, casting him as troubled Glaswegian preacher leading the darkest of Highland orchestras - rarely has gravitas sounded this convincing.

If you think Scottish music begins and ends with The View and The Fratellis, you might want to look elsewhere but for the rest of us, this is a compelling record documenting those thousand-odd of shades of grey that exist between the blacks and whites of life.