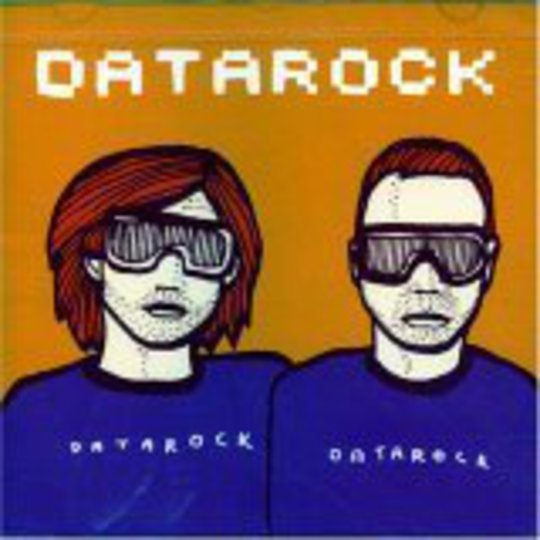 One of the most perplexing musical queries of the last five years revolves around Norway, and in particular its foremost contribution to the world of shining, shimmering pop music. Why hasn’t Annie sold any records? Hyped by everyone from NME to Popjustice,_ Smash Hits to _Kerrang! (Probably), finding a negative review of Annie’s debut album is nigh on impossible. But sales-wise, her album barely registered. But why? Is it because the public are wary of over-hyped music? The radio stations just ‘weren’t ready’ to play her twisted brand of electro-pop? Or maybe she offered nothing new to a pop music palate sated by Kylie, Girls Aloud and Richard X’s collaborations? Maybe she was too pop for the indie or dance market, and just a little too ‘out there’ for the pop market?

And so we come to Datarock, who hail from the same Norwegian hotbed of musical variety, Bergen, and were discovered by the same man (Mikel Telle), who used his record label to give a home to Royksopp, Kings of Convenience and the aforementioned Annie. Aside from the geographical similarity, Datarock also share a love of kooky electronics, and possess the ability to smile about the music they make. This, however, is not where the similarities end because, one or two tracks aside, they’ve made an album that I can’t see taking the nation by storm.

The trouble with Datarock is that it tries a little bit too hard. The incongruous, funny side of the album – the call-and-response moments in_ ‘Computer Camp Love’, a song entitled _‘Maybelline’ that uses the pay-off line from the advert of the same product ("Maybe she’s born with it") - seems almost forced, like it's been included to take your mind away from the fact that the beats are actually quite boring and the songs offer nothing particularly original or enticing.

The signs are there that, when they want to, Datarock can write a cracking pop song. ‘Princess’, which takes an ‘(I’ve Got My Mind) Set On You’ drum beat, adds it to some 80s hi-hat, some heavenly guitar and a desperate, psychotically erotic vocal and creates four minutes of perfect pop, is one such example. The only problem is this doesn’t happen enough on this album. Instead, we get ‘Sex Me Up’, which ends up reminding me of Electric Six, which is as far from being a good thing as it is possible to get. We get_ ‘I Used To Dance With My Daddy’, which features over a minute of unnecessarily reversed vocals – without them it’s a half-decent pop song, with them it drags on and on. There are a couple of moments here where Datarock sound like the Scissor Sisters without any of the bits that made _‘Laura’ vaguely tolerable the first time round.

This isn’t really a bad album - it’s just unnecessary. It might be well received in a club, bits of it might sound great coming out of the radio on a summer’s day, and live they could be an interesting and exciting proposition. But on record, as a whole album, I’m afraid this wears thin after a while, a la Annie's album perhaps. If you want to buy an album that combines self-knowing nerdy humour, brilliant beats, deadpan vocals and more pop hooks than you can shake a stick at, then pick up Hot Chip.