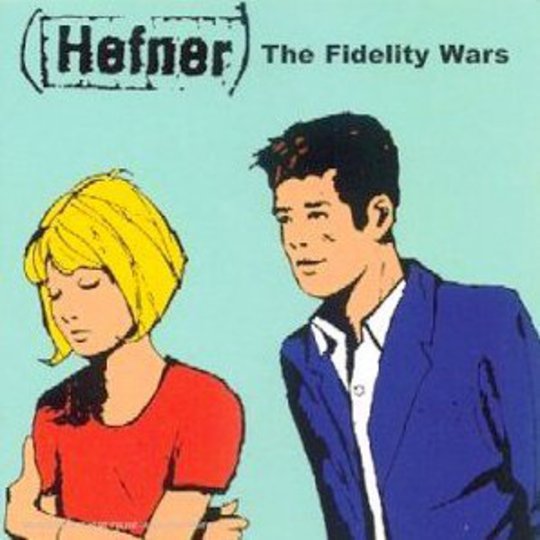 Hefner’s influence can still be seen today. Darren Hayman’s strained vocals, full of pleading art-school sincerity, find their present incarnation in The Wave Pictures (who also occasionally play as Hayman’s backing band), warbling and teary as they are. Hayman’s lyrics, verging on the graphic at times, could be seen to be echoed in Emmy the Great’s similar propensity for feminine anatomical specificity – if on The Fidelity Wars's ‘May God Protect Your Home’ we hear about “the soft warm place” “between those thighs”, so in Emmy’s songs we’re told about “puddles on the floor” in illicit back-garden encounters. Thus Hefner’s records are now being repackaged and re-released; there’s no doubt that the band paved the way for a host of acts to tow the ‘urban-folk’ line, a way of taking indie-rock's intimacy and pushing it further, to its extremes – songs that aren’t just about love but about sex, with the emphasis on the x, a word preferably slurred with a bottle of red wine clasped sweatily in one scrawny hand, the other clutching a Lucky Strike and a Polaroid camera.

That may be an exaggerated image (in fact, that is an exaggerated image), but it’s still the impression that The Fidelity Wars (originally released in 1999) creates of Hayman. It’s ostensibly an album about break-ups, each song dealing with a different side of separation. Yet the central figure throughout is not the girls, but Hayman himself – those cloying vocals, so aware of their tenuous grip on melody, ensure that it’s always him that’s centre stage. The problem is that I like Emmy the Great and The Wave Pictures, both of whom balance graphic detail with a sense of humility and humour; after listening to The Fidelity Wars I came out really disliking Hayman.

It’s the needy voice, one that crosses the line from frail into clinging. The image that he creates of himself here is undoubtedly separate from his real-life incarnation, yet still, rather than seeming lovably fragile, his character emerges as needy in the worst art-school tradition. “I don’t want to be alone,” he pleads on ‘I Love Only You’ – coming as it does on the last line of the album it’s a suitable way to close a record in which the final impression of Hayman is of someone, dare I say it, faintly pathetic. Disconcertingly, this stringy persona approaches women as aesthetic concepts, rather than real people, ‘habits’ that he struggles to quit, like drinking or smoking.

Throughout we hear the lyrics list body parts as if Hayman is trying to reconstruct and appropriate these lost women bit by bit: on ‘I Took Her Love For Granted’ it’s “her lips”, on ‘The Weight of the Stars’ it’s “her pale skinny legs”; indeed, on the latter one verse even has a sort of anatomical list (“the freckles upon her back, the grey hairs… the lines upon her hands”). Hayman’s memory of his muse is less a personal portrait and more a diagram, the female body a sort of unknowable map that these songs try to chart and even surreptitiously conquer. We hear this explicitly in the aforementioned ‘May God Protect Your Home’, Hayman recounting how his “hand starts to move down your stomach and in between those thighs, to a soft warm place I call home”. Hayman’s own obsessive fascination with sex and the female body overshadows the moments where the women do speak back – the girl who writes “‘Porn is women hatred’” on his coat, for example.

The apotheosis is ‘Fat Kelly’s Teeth’, where we hear how a night of drinking lead Hayman to spend the night with, gasp, a fat girl. “What was I thinking of?” he asks us; “when I went home with her, she had sympathy, she had cigarettes, now they've all disappeared”. It’s hard to have empathy with the essentially superficial portrait that Hayman paints of himself; of course, this might be the point, but that doesn’t change the record’s slight shallowness – beneath all the art-school credentials, there’s still the same dry fetishisation of fags, booze and booty that runs through all indie-rock. There are undoubtedly some good moments, ‘The Hymn For The Cigarettes’ the least cloying of all the tracks on the record. Yet even here the same strange, sallow strain runs deep: “I love to see the girls smoke in my bed”. That’s just the point (one that the twenty-nine (!) bonus tracks re-emphasise) – Hayman loves the smoking, not the girls. It’s an important distinction.