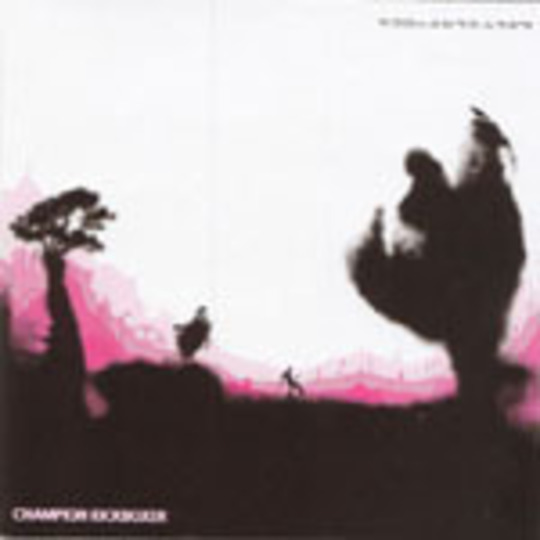 The first thing that strikes you about Perforations is how weighty it is, how solemn it feels. Sheffield’s Champion Kickboxer pride themselves on the “considered and deliberate” nature of their work, on the fact that each note is “perfectly placed”, and listening to their debut album makes it quite clear why they feel this way. Their music has a ponderous quantity, almost akin to the heavy minimalism which some kind of strange, post-rock Gregorian chant might have. Layers of full-throated vocals build up over each other, echoing and soaring above a scratchy or lightfooted guitar/keyboard counterpoint; a solo tenor voice is drawn out over an executioners thud of a drum-beat, topped by a guitar line so given over to depth and rhythm that the listener could almost believe they were listening to a piece scored entirely for percussion. The emphasis is on minimalism, on a deeply etched simplicity.

There’s much about this album, then, which feels sparse and clear-cut, seeming not to have many secrets to yield. And yet on repeated listenings, this proven not to be the case. These songs, you see, have layers: there are rhythms hidden under other rhythms, the uppermost of which slowly become transparent and show you exactly how much complexity is going on under those apparently stony surfaces. Plus, there’s the fact that on first listen this album presents itself as such a coherent, ritualistic whole that the ear is overwhelmed by that sense of oneness. It’s only when you listen again that it becomes clear that this monastical purity actually contains many aural contradictions, little contrasts of sound which dart out at you and gradually reveal the variation which will hold the interest after the impact of the original strangeness has faded.

Perforations is not an easy album to listen to: it’s something on which you have to concentrate, at which the ear has to work and worry away. For that reason - and because Champion Kickboxer’s sound has the shock of the new and unexpected - this album won’t be to everyone’s tastes. But those who do persevere will find that the weight and polish of careful craftsmanship and deliberation which infuses every note will first hypnotise and then enchant them. A quiet and subtle gem.

A free taster single from this album can be downloaded from theespc.com - get ye gone!