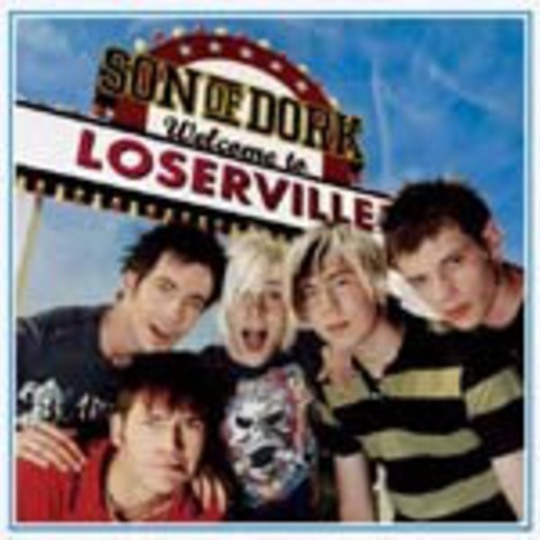 What makes a boyband a boyband? A bunch of pretty-boy singers and one helluva lot of ballads? If so, that kinda scuppers the argument that Busted were one of these most hated of musical formats. Only one of them was particularly cute (and we all know I’m talking about Eyebrows here) and gawky main songwriter James Bourne – the butt of many a Graham Norton one-liner – wrote the kind of snappy tunes that reintroduced the charts to pre-New Kids On The Block real pop music.

Rather unfortunately, this is not Bourne’s defining moment. What raised Busted above the crowd was the fact that they were resolutely un-punk. Nothing on their debut album suggested more than a passing interest in Green Day, and when the question of credibility reared its ugly head and their sophomore effort was delivered with a noticably American sheen, their identity took something of a blow.

Bourne’s second coming, Son Of Dork, picks up pretty much exactly where Busted left off, jacking up the guitars just one more level and featuring drums that are a bit more ‘proper’ sounding. Oh and there are no growly vocals to distract (a good thing?); you’ll have to pick up the Fightstar EP for that of course. The record is helmed by one-time Pixies producer Gil Norton, but it’s not a point worth dwelling on, since his presence here is just as anonymous as the style of the music.

This is a relentlessly solid album, certainly a cut above Blink-182’s comparably polished Enema Of The State. Saying that, it doesn’t exactly reach that record’s peaks, instead sounding closer to likeable but forgettable also-rans The Starting Line. Luckily, while his identity has been leeched, Bourne hasn’t lost his uncanny grasp of a good hook and a whimsical aside._ ‘Boyband’_ is particularly snarky, firing off lines like, “I don’t know why the metalheads want us to die/But these days they’re all under nine, so I’ll be fine,” while the toilet humour remains reliably topical: “He’s getting sharp pains in his wrist/In his world girlfriends don’t exist/Can’t even get an ad on My Space,” (‘Slacker’). He’s also had the nouse to keep it short at a brisk 36 minutes.

There’s certainly more mileage in this album than lead single ‘Ticket Outta Loserville’ suggests. Whether it’s in the pretty Beach Boys harmonies at the end of ‘Little Things’ or the killer chorus on ‘Holly… I’m The One’, Bourne and his Team B have one or two tricks left to play. But you do have to wonder if there’s still much of a market out there for this kind of record, coming as it does a whole five years after pop-punk’s commercial peak.