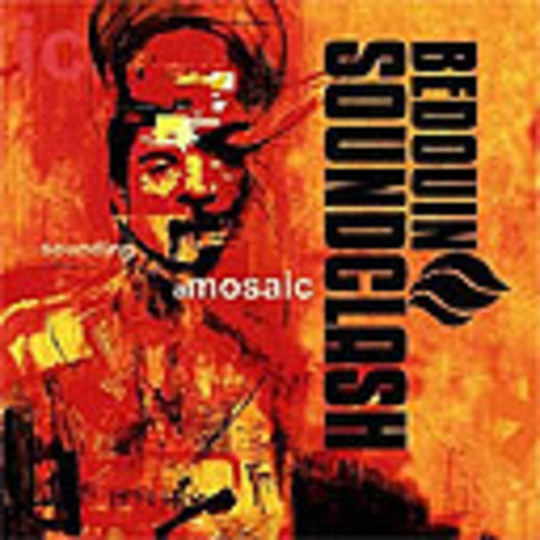 So much has been made of the fact that all-encompassing ska/reggae/roots'n'roll trio Bedouin Soundclash hail from Kingston Ontario rather than Kingston Jamaica. Personally I don't see what difference it makes whether they originate from Kingston-on-Thames as long as the music's any good. And on this evidence, it is.

'Sounding A Mosaic' is the long-awaited follow-up to 2001's 'Root Wire', and with the band now enjoying major label backing and a worldwide distribution deal, not to mention ska being in focus more this year since the heady 2-Tone era two-and-a-half decades ago, Bedouin Soundclash are halfway towards scoring a winner.

The other half of course, is solely dependent on the quality of the tunes on the record, and if you can get past the fact that singer Jay Malinowski sounds like Sting from his 'Outlandos D'Amour' Police days on a number of tracks on here, you should have no trouble appreciating the depth of other influences that have gone in to making this album.

Opener 'When The Night Feels My Song' you should already know, it's ska-tinged skiffle having received both radio and MTV saturation over the past few weeks. 'Shelter' and 'Jeb Rand' both owe a large debt to The Police, while 'Immigrant Workforce' could almost be likened to Maroon 5 if they ever decided to conjure up a ska direction for themselves.

'Sounding A Mosaic' becomes really interesting when the band loosen their shackles a little and try and challenge both themselves and the listener, as on the heavily dub plated 'Shadow Of A Man' or the poignant shuffle of 'Criminal', where Malinowski's vocal and lyrical stance become eerily reminiscent of Joe Strummer in his final days as a Mescelaro. Likewise, the uptempo rhythms of 'Rude Boy Don't Cry' wouldn't sound out of place in Negril '76, Brixton '80 or Toronto 2005, while the poetic 'Murder On The Midnight Wire' once again raises it's hat to Strummer, this time more in line with his first band's 'Sandinista!' experience.

At the end of the day, Bedouin Soundclash may always find themselves cast as zealots by the elitists and purists but listen to 'Sounding A Mosaic' without prejudice and even the most assertively critical souls will find the icicles in their heart melt one by one.