A Lifetime Of Midnights 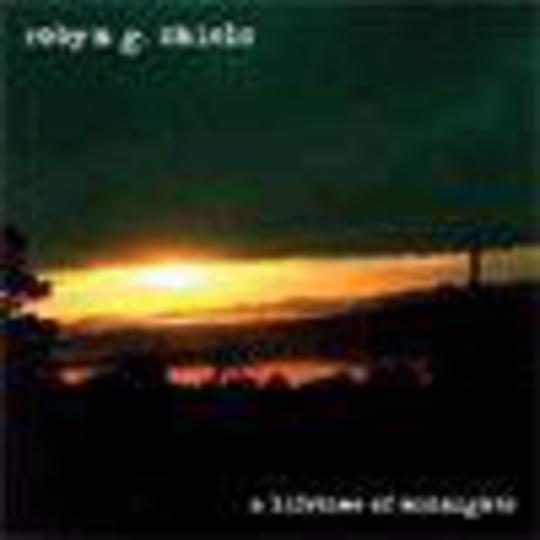 It's hard to accurately place* Robyn G Shiel*'s voice, difficult to categorise such smoke-stained vocal chords alongside the usual, semi-stereotypical singer-songwriter figures. The smell of booze on his breath, complemented by tales of whiskey drinking born of a Belfast depression, possesses a greater depth than the huskily phrased, mysterious musings of Will Oldham. Please do take such a statement literally, as Shiels quite clearly has ability enough to appeal to the massive audience such a star courts on a regular basis.

We're made fully aware that this isn't Blunt C(o)untry within the first ten seconds of album opener, 'We Are Of Evil': if the title wasn't enough to imply that Shiels is a man unlikely to sing of the simple, cookies and cream aspects of love and a life spent striving for it, then a handful of bloodcurdling howls and the sound of a drum being kicked down a flight of stairs should stimulate aural receptors into a state of alert. Here is a talent, a potentially major one, unafraid to be as brutal - lyrically, predominantly - as they can be graceful with an ancient, unloved guitar. The latter, more gentlemanly trait is exposed on the very next song, 'The Dead Sea': a deftly plucked guitar, Shiels' world-weary croak, and the rumbled backing vocals of Danny Todd of Alloy Mental (us neither, but his contribution is excellent) combine gloriously, all Nick Cave shadows and Elliott Smith delicacy. Such comparisons may appear obvious on paper considering the nature of the beast necessitating assessment, but know this: they are comparisons that are not made lightly. Many of Shiels' songs can be placed beside Smith's catalogue without fear of intimidation or accusations of imitation.

Tragedy battles beauty throughout A Lifetime Of Midnights - the lyrical mood of the musically minimal 'I'd Go To Funerals' is made entirely conspicuous by its title, while 'Sad Is Sometimes As Lonely' matches an upbeat strum to some wonderfully melancholy words of emotional fragility. It's worth noting that Shiels - from County Derry - has been banned from a number of Belfast venues; you can really picture him hunching to a halt mid-set, the emotional sensations swelling up proving too much for the solitary man sat centre stage, and smashing one side of a bar to splinters. (Of course, the truth isn't so romantic - Shiels likes the odd drink by the sound of things, and many a whiskey does not a passive man make.) As with all albums that call upon the very darkest corners of a mindset for inspiration, there are occasional flashes of brilliant light: previous single 'Two Nights In June', a split seven-inch release with the equally excellent Desert Hearts, is sweetly uplifting, a subtle tale of love just working, albeit temporarily. The importance of its placement at track four of eleven can not be underestimated, as to wade through a wholly bleak opening would render the listener a whimpering wreck all of fifteen minutes in. The following 'Playing Host To Ideas' may tell of broken hearts once more, but the jovial, comparatively playful music about the lyrics ensure that the light breaches the black for just that little bit longer. After all, without such contrast the very darkest of thoughts and feelings are indistinguishable from those that are but minor problems in the bigger, album-long picture.

Shiels has thus far enjoyed support slots with acts as prestigious as Cat Power, Low, Devandra Banhart and Antony and the Johnsons, as well as the aforementioned bard of the beard ballad, Mr Oldham himself. That should, hopefully, give you some idea of his existing quality, and of the potential apparent on this debut long-play release. It is recommended both to fans of the aforementioned artists, and to anyone (read: everyone) who has ever considered killing to find their own particular peace, be it from troublesome matters of the wounded heart or worried head.

Allow the voice to settle in just one place, then: your stereo, your home, as night encroaches upon you.