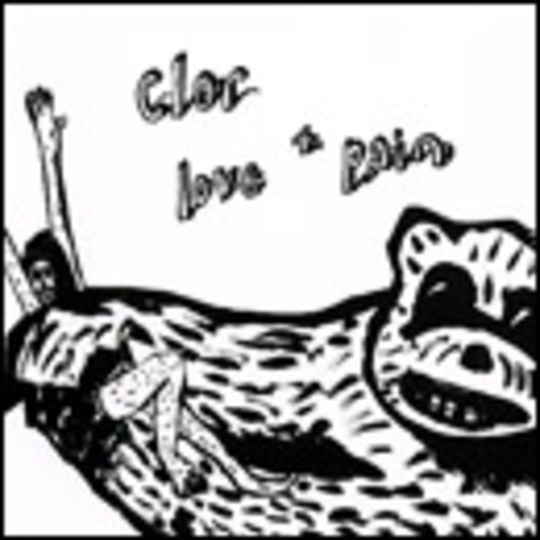 Gently distilling in Brixton's undergrowth for what seems like years, Clor have quietly but consistently achieved live as they swerve between sharp angular riffs and deviant pop in shows that can easily be more fun than a packet of monkeys.** Simian indeed is the regular response at Club Clor, a home from home at the Windmill, where it’s impossible to ignore the clear enthusiasm the band oozes.

Set your legs to cavort** then, with ’Love + Pain’, a single that finds the band at their most immediate and playful, a quick-paced blast through a pop-soaked peculiarity. There’s nothing particularly mind-menacing in the layout here, just a gratuitous unapologetic electro-guitar tinged riot set over a swerving, almost tickly bassline. Lyrically, Barry Dobbin strays not much further than ’wide eyed and open mouthed, you look a little lost and found’ and the sporadic mention of the one who got away from our narrator, but if this is a record marking great pain they’re hiding it gallantly.

Sure enough they doff a cap towards Sparks’* _‘This Town Ain’t Big Enough …‘_ and a verse which is strangely reminiscent of Blur’s* ‘M.O.R.’ but when borrowing from Sparks is a bad thing I’ll be the one skipping town.