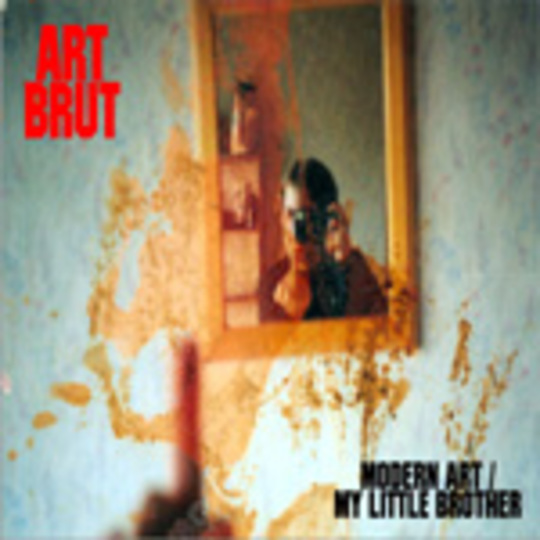 Over eight months! EIGHT whole months is how long they make us wait for the follow-up to the already notorious Formed A Band, the debut which label Rough Trade expected to be no more than a one-off novelty single. OK, there’s been a couple of compilation CD appearances and live ‘Brutlegs’, but c’mon, show us what you’re really capable of.

Art Brut have only gone an outdone themselves, spending those eight months getting better and better… Modern Art, My Little Brother and ‘b-side’ These Animal Menswe@r are very short, very catchy, and very quotable: “I see a piece by Matisse”, “He no longer likes a-sides/ He made me a tape of bootlegs and b-sides”, “Last week she attempted suicide/ 16 times/ Apparently she nearly died”.

While Modern Art - the only song we know of which is about dancing in art galleries - has the best chorus and “woo!” bits to shout along to, My Little Brother takes the biscuit with the jerkiest riffs, pounding bass, and the best ending – “STAY! OFF! THE SMACK!” orders Eddie Argos. Some fractions of the Libertines/Rhythm Smacktory crowd may wish to take heed. And learn to write some fucking tunes while you’re at it. Art Brut have.