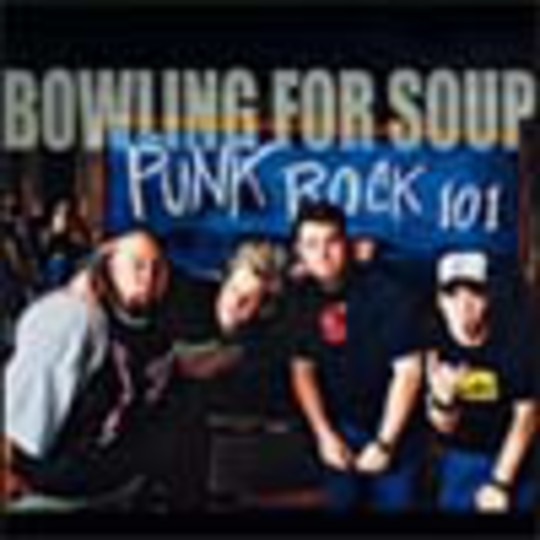 If Bowling For Soup had half a brain cell between them, they’d probably be post-post-ironic. Sadly, they’re fucking idiots and this horrific attempt to slate ‘fake’ punk bands is woefully clumsy and at least two years too late.

For a band with only one previous hit single - which not only ripped off Blink 182 stylistically, but also light-fingered their video concept – isn’t it a bit rich slagging off anyone else, when they’re ‘Punk Rock 101’’s prime offenders?

Of course, there’s a remote possibility that the band are parodying themselves, but the overriding sense here is that of blind self-belief and smug superiority. The fact is, Bowling For Soup clearly realise that mocking other bands is their one selling point, yet they’ve already used that idea up on ‘Girl All The Bad Guys Want’.

Guys, everyone knows punk-pop is shit. That’s why no one buys it anymore. Just like no one’s gonna buy your new album. Fucktards.