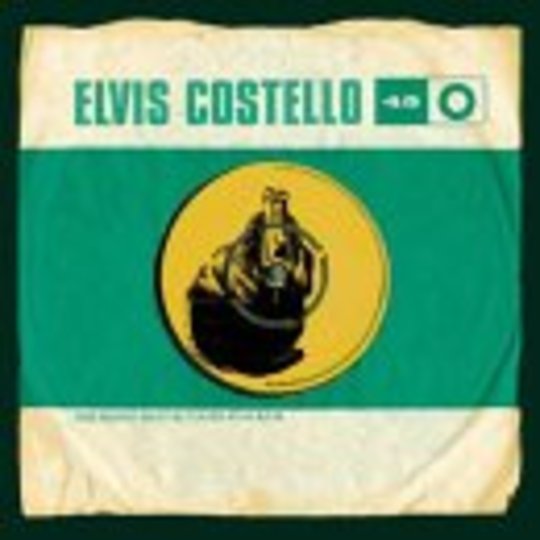 This year has seen Elvis have a critical rehabilitation, career revival and chart success. Trouble is, it’s the wrong Elvis.

Whilst weasel-eyed record company courtiers have once again propped the King’s corpse back up on it’s throne for the peasant’s to fawn before, has anyone noticed the return of the minstrel outlaw? The one with the crooked grin, the sneering songs of righteousness and the Ronnie Corbett glasses? No? Oh.

I can’t say I’ve really bothered that much with Elvis Costello, I never could get past the voice. That voice, that insistent, angry, nasal drilling, It was tolerable enough on the singles but it put me right off buying an album. And Costello’s ‘Shipbuilding’ is one of my very favourite songs, but only the Robert Wyatt version. So you see the problem here?

Well, wouldn’t you know? That self same voice is the best thing about his best single in ages. Spitting, sputtering, hollering closely into the mic, into your ear, it’s a great example of controlled intensity and vitriol. The rough-edged and rowdy music it accompanies is of the quiet-loud-quiet variety so beloved of The Pixies: one minute chugging guitar and a sparten, almost hip-hop-style rhythm, then bursting into a blast of white-hot fury then a sudden drop away, back to it’s patient, but loaded beat. Hey, it works, y’know?

“Bass and treble heal every hurt

There's a rebel in a nylon shirt

But the words are a mystery I've heard

Till you turn it down to thirty-three and a third

'Cause it helps with the elocution

The King is dead. A little more conversation, a little less action, please.