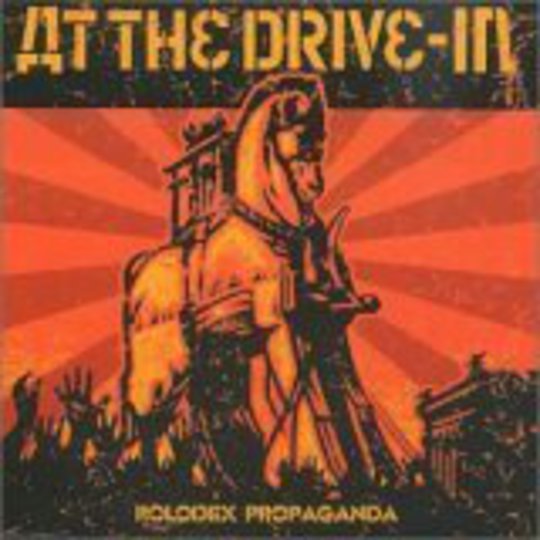 This should have been a match made in punk rock heaven. Iggy Pop, who was busy making a spectacle of himself when Johnny Rotten was having a crafty fag round the back of the bike sheds, has teamed up with new shouty be-Afro’d kids on the block At The Drive In for a classic slice of bile-dripping emo-core. Or so was the plan.

‘Rolodex Propaganda’ retains previous single ‘One Armed Scissor’s ‘what-the-fuck’ factor; that is to say, do you know what frontman Cedric Bixler’s going on about? Of course, with ATDI, as with most artists, lucid and profound lyrics come second to a damn good tune, and fortunately debut ‘Relationship of Command’ has those in spades. This however isn’t one of them.

The furious guitars and mildly irked vocals are all in place, but any discernable melodies are buried deep in the mix; like Rage Against The Machine at their most po-faced and self-parodic. Even Mr I Pop Esquire can’t redeem proceedings with his best Mark E Smith impression (one Mark E Smith is one too many in my humble opinion – if I wanted indiscipherable mutterings, I’d strike up a conversation at my local on a Friday night...)

...Drive In virgins are pointed towards the album or ‘One Armed Scissor’ for the suckerpunch to the senses that’s de rigeur with a band usually so consistently brilliant – I must have just caught ‘em on an off day....