Feel Good Hit of the Summer 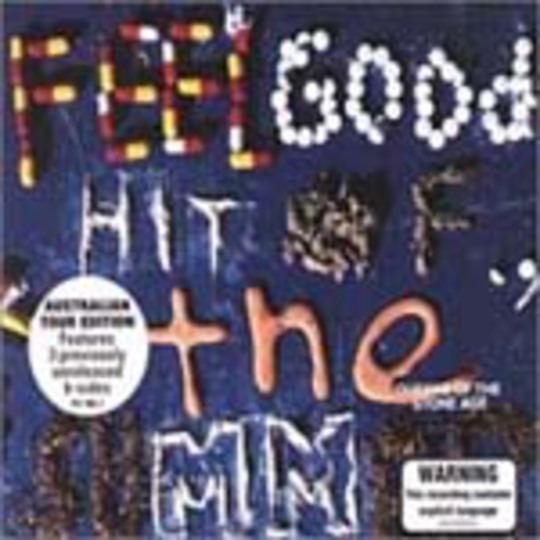 Every Wednesday I buy myself a copy of the New Musical Express. Every word contained within it's worship-worthy , reverence deserving pages is completely 100% indisputably factually correct. They dictate every purchase I make and all expansion to my already "eclectic" record collection is a result of their advice.

I believe everything that they say. The NME would never lie to me.

Thus I thought that music was in a really bad way at the start of the year. I ignored the hyping of Terris - who didn't ? Just an NME joke. Steve Sutherland is a bit of a prankster.

But music is in safe hands. An antidote to Nu-Metal arised this year too. A series of agitpop groups , led by ..And you will know us by the trail of dead and At The Drive In have reaffirmed my faith in music.

They about as deserving of their place in that scene as much as Radiohead are underground-techno pioneers worthy of licking the Aphex Twin's arse clean.

About as much as Stereophonics are a rip-roaring life-affirming perfectionist rock and roll masterpiece. About as much as Limp Bizkit AREN'T a stack of contrived bollocks.

This repulsive , nauseating , utterly bland Marilyn-Manson-with-no-tunes puddle of wank trundles along trying to worry parents and shock Daily Mail readers alike with it's pro-drugs mantra of "Nicotine , Valium , Vicodan , Marijuana , Ecstacy and Alcohol ... c-c-c-cocaine ." yet all that springs to mind is "Aren't you guys a little bit too old for all this ? "

Nick , for f*'s sake , you're not rebellious. You're a twat and a solitary glance in your direction confirms it. You look like Micheal Stipe with a toilet brush welded to your chin and , more importantly , your song is SHIT !!!

REALLY F*ING BAD !! THIS IS TO 'ONE ARMED SCISSOR' WHAT RAW SEWAGE IS TO MASTERCHEF !!!

Seriously , save your pennies kids. Go out and buy yourself some lovely records by Trail of Dead , At The Drive In , The Get-Up Kids , Terris , Disemberment Plan , Pitchshifter or Earthtone 9 instead. The world does NOT need a substandard less aesthetically pleasing version of Marilyn Manson.

The Lost Art of Keeping A Secret appears to have been refound. Queens of the Stone Age have remarkably kept their woeful musical inadequacy a secret this long but surely it must come out soon.

And isn't there a new Terris album out next year ? What was that sound ?

Ah yes , the sound of the alternative nation breathing a collective sigh of relief.