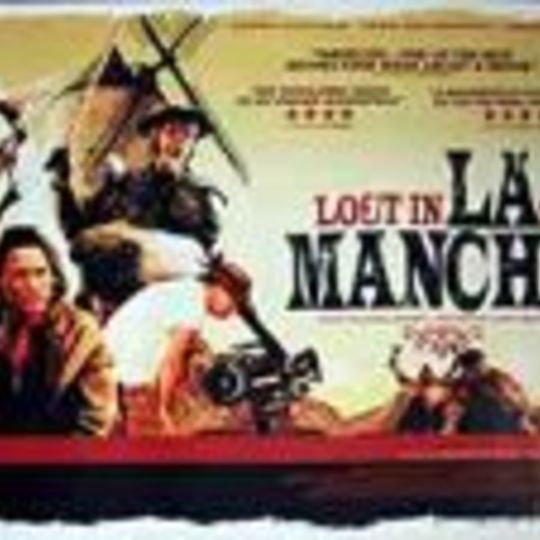 “Making of” documentaries don’t normally make it to the big screen, but “Lost in La Mancha” is an exception. You can’t have a “making of” when the movie didn’t get made, can you?

Well, now you can, because “Lost In La Mancha” follows the dream of Terry Gilliam (Twelve Monkeys) to make a movie telling the story of “Don Quixote”, but not before a catalogue of disasters brings it all crashing down . From the beginning, its oddly captivating, made all the worse because you know the unhappy ending already.

Closer to documentaries such as _"Hearts of Darkness" or _"Hamster Factor" than anything else, this follows the film from pre-production onwards. In terms of insight, it's unrivalled; as well as scripting and casting, we get storyboards, the set designs, the lot. It shows us the filming on a NATO airbase, barren except for fighter jets flying overhead every 20 seconds, ruining every take. The lightning storms, the flash floods that meant days worth of footage had to be canned. The deteriorating health of lead actor Jean Rouchefort, Quixote himself. The inability to recast. A complete lack of rehearsals. The set visits by the investors wondering where their tens of millions are going. The rows with the insurance companies. The hopeless, vain and fraught attempts to stop everything falling apart; it's like watching someone hold together a sinking ship with a rubber band.

It’s a fascinating story – made all the more so by its seemingly inevitable lurch toward the unhappy ending, all interspersed with Gilliam’s quirky animation, the storyboards, the outtakes and unfinished footage. It's compelling, captivating and an insight into the day-to-day realities of the movie business. It’s a must for any lover of cinema and movies, anyone who’s ever wanted to know what happens when the cameras aren’t rolling.

This is the side of movie making Hollywood would rather you didn't see: a story of artistic vision strangled by money and accountants. Damn near essential.