Hypocrisy Is the Greatest Luxury 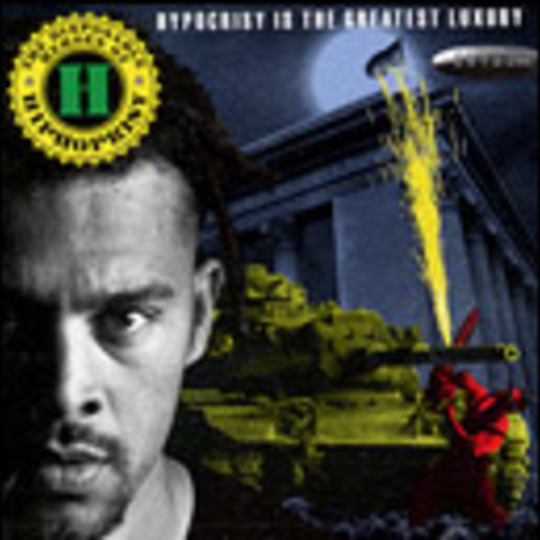 IF you’ve any preconceptions about Hip-Hop or Rap, you better leave them at the door with your sets and your chains. If you’re convinced that most Hip–Hop is all about the cliches of “niggaz”, “ho’s”, “blunts”, gang warfare, and aggressive macho posturing bordering on misogyny – think again.

Disposable Heroes only lasted one album; “Hypocrisy is the Greatest Luxury” before fracturing apart. Back in 1991, when this was released, rap was seen a threat: some mistook Public Enemy’s realist approach to describing the violence and depravation of urban ghetto life as a blueprint for glamour, misogyny hatred, and selling millions of records. And not all of them weren't reporters or members of PMRC either. Some of them made records.

This then is a smack in the face of musical and political complacency. It explores issues that very few rappers have dared to touch before or since; like homophobia, bullying, the Gulf War, and the ill's of corporate America. This is a rap album with words that matter, and aren't just cussing and boasting. Hiphoprisy “express more emotions than laughter, anger, and let’s f*ck”.

Musically its not as limited as some other rap albums acclaimed as 'masterpieces'. The opening “Satanic Reverses” starts with gregorian chanting before jazz trumpets kick in, leading to a lyrical expose on religious intolerance and corruption;“Famous and Dandy (just like Amos N’ Andy)” addresses the then-current obsession with gangsta-rap by comparing it to the Black and White Minstrel shows of the 1930’s, where black people would readily fit into a stereotype just to make a quick buck.

After 10 years, I still don’t bore of this album. Its got soul – not in the crass way that Soul has mutated into R’N’B vocal histrionics – but soul when one exposes their inner self. Its got honesty and raw emotion. Its got anger. Its got songs ; and not just tired cover versions of rock classics. It certainly doesn’t sound like an album that’s ten years old - it remains as lyrically and musically vital now as a decade ago; if not more so, because the same concerns it raised then are in evidence today. It educates, and entertains. It's music to make you think.

As Franti himself says on this cd: “The bass, the treble, don’t make a rebel ; having your life together does... ”