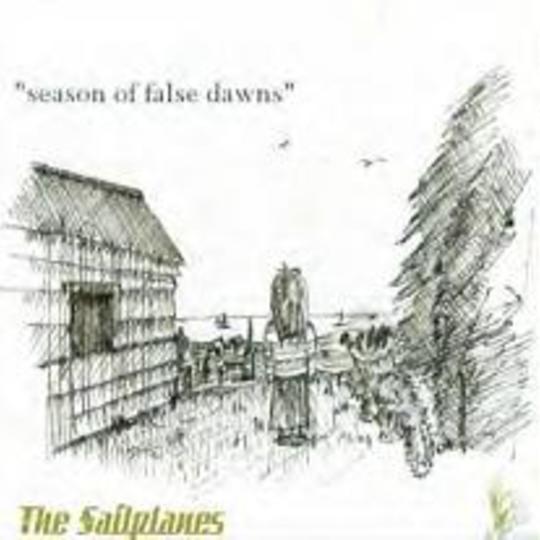 London three-piece The Sailplanes have definitely put some thought into what they're aiming to be. The press release informs us that they strip arty rock to its basic components and prefer the beauty of economy over pomp and excess. Which is great - although I'm of the opinion that both economy and excess have a part to play in rock 'n' roll, it's always heartening to find a band who nail their colours so firmly to the mast.

However: the music doesn't quite live up to the promise. It's less arty rock and more jangling indie with a hint of punk, and is less sparse than it is flimsy (although this could well be down to an accident of recording). When it's lovelorn it sounds like The Wedding Present, and the rest of the time it just sounds like a new band who haven't quite worked out how to stamp their trademark on the genre to make their sound uniquely theirs instead of merely generically indie.

Still, this is not actively Bad Noise - it's just that it's not quite Good Noise yet. And it does bode well: here and there, in a beautiful tailing off of chords at the end of a song, or in the surrealist noise fuzz intro to 'Wolf At The Door' and that song's aching guitars, you get a glimpse of a band who might well evolve into something rather special.

Or they might settle for being Just Another Indie Band. Only time will tell...