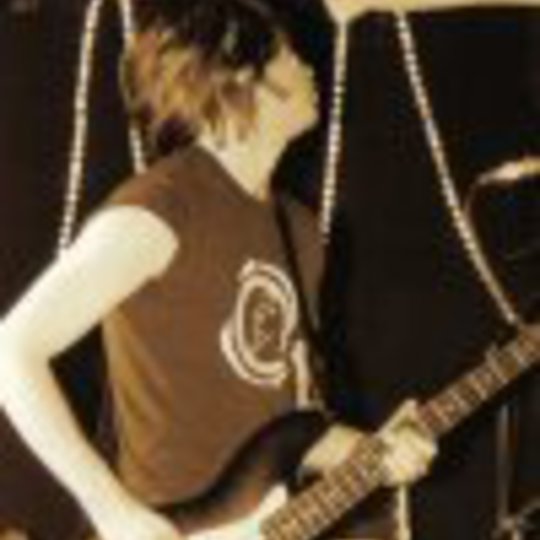 Brown paper packages trussed up with staples...the postmark reads Leicester...what can it mean?

Another score on the card for what is fast becoming one of the most vital hotbeds of new music in the UK, thats what. Queen Marys Revenge offer a curious collision of genres that fall somewhere between latter day At The Drive-In and a more discordant, cardigan-less Idlewild.

If sandpaper scratching were the musical equivalent of earshredding operatic sadism then 'Meta/Para' would be its universal soundtrack. Vocally reminiscent of Hundred Reasons' Colin Doran, Queen Marys Revenge serve up a more graceful palate of noise, fury and melodic charm - usually during the same song - which can only stretch one's imagination further than simply labelling them with the usual emo/post-rock template.

The other track on here, 'Hera Into Heifer', drags Zeus' envious missus kicking and screaming into the 21st century in a hail of visceral top string led feedback. Of the two songs, 'Hera...' possibly shades it thanks to its blissful energy, which makes Queen Marys Revenge all the more sweeter.

Eat My Heart Out