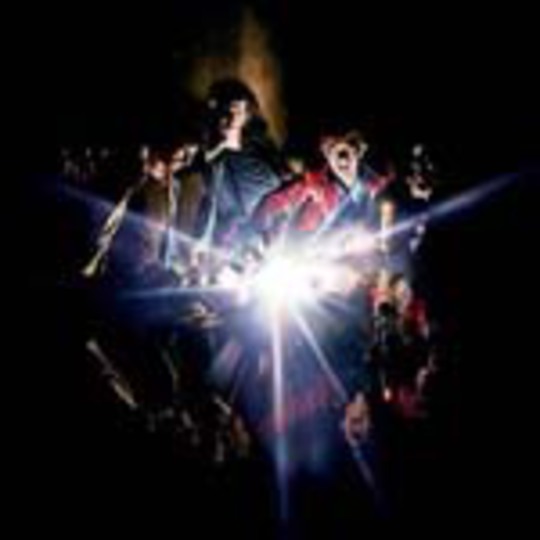 The Rolling Stones carry with them a history unrivalled in the annals of rock 'n' roll. 43 years of making music that, with a world tour booked and a new album in the can, don’t look like coming to an end any time soon. Along with the deaths, the drug busts, the break ups, a selection of flawless LPs and a Mick Jagger solo track about jogging, the Stones had been there and done that way before vapid TV presenters started sporting t-shirts from their 1975 US tour. ‘A Bigger Bang’ – their new record and first since 1998’s queasily uncomfortable ‘Bridges Of Babylon’ – is released this month.

Looking at the Stones today, people may be forgiven for thinking that the reason for naming their 22nd studio album ‘A Bigger Bang’, may have had something to do with the birth of the universe coinciding with the formation of the band. With a collective age of just 186, this is something of an over estimation. Yet with a current line up that’s only had one major alteration in the last thirty years (original bass player Bill Wyman departed in 1990) The Rolling Stones are still reaching into the realms of the unknown for a rock n’roll band. At this rate, they’ll still be onstage, playing ‘Honky Tonk Woman’ when the next big bang comes along and evaporates us all.

Current single ‘Rough Justice’ is a fiery, lawless opener. Referencing themselves at their dirty, rollicking best is something the Stones should have started doing 20 years ago. Perhaps then I wouldn’t have to turn away in disgust as I flick through HMV’s Stones rack and reveal such heinous works of lacklustre material as 1983’s ‘Undercover’ and 86’s ‘Dirty Work’ (a record that sports one of the worst album covers of all time). ‘Rough Justice’ however feels great. The verse doesn’t linger, and it quickly speeds into a chorus complete with ‘Brown Sugar’ exclamations of “It’s rough justice on ya!”.

Thankfully, this isn’t the only time Mick and Keef (sort of) hit the mark. ‘Oh No Not You Again’ is a nasty party-blues stomper, and dark, misty ballad, ‘Laugh, I Nearly Died’ contains the best Mick Jagger vocal performance for twenty years. Keith Richards also uses his time at the mic to great effect – his oakened delivery proving perfect for the country and western licking ‘This Place Is Empty’ and rocking album closer, ‘Infamy’.

Unfortunately, by stretching the album to an unnecessarily long 16 tracks, ‘A Bigger Bang’ suffers from its fair share of non-starting filler. The ploddingly dull ‘Let Me Take You Down’ sounds aimlessly thrown together, with Rick Rubin attempting to polish a song that starts off bad, and moves steadily into the nothingness with each tap of Charlie Watts snare. The same can be said for the horrible, half-baked funk of ‘Rain Fall Down’ - if it’s a possible attempt to recreate the hard-hitting groove of ‘Hot Stuff’, it fails miserably. However, the outrageously sexy highlight comes in the form of late night blues jam ‘Back Of My Hand’. With Jagger playing some sultry slide guitar – a riff that Keith Richards originally thought belonged to an old Muddy Waters number – and Mr White Soul himself contributing several fine moments of feeling courtesy of some re-worked Chicago-blues licks, it stands out not only as the record’s best track, but a stark reminder of the why this band got together in the first place. Why they immediately return to the post-‘Some Girls’ MOR of ‘She Won’t Take Long’, either has something to do with Jagger’s commercial side rearing it’s overblown head, or more likely, that Keith Richards was pouring himself a drink, and didn’t get his oar in in time to stop such a travesty from fully germinating.

As the album comes to a close, the thoughts that run through my head are twofold. Firstly, the music world is better place with The Rolling Stones still playing. Why? Well, ignoring the fact that they’ll be hauling the Guggenheim museum from stadium to stadium for the next year, they’re still one of the best live bands out there. Onstage/ in the museum foyer, they still manage to maintain a core that is impossibly tight, whilst never losing that perfectly dishevelled sound around the edges. On the flip side, there are many out there that think The Rolling Stones should never have existed – i.e “then we wouldn’t have to listen to Jet and the like”. This maybe true, but is a somewhat silly suggestion. The Rolling Stones – a band with at least four albums under their belt that, when turned up, can still give you a pubescent feeling of fuzzy exhilaration, are The Rolling Stones – and Jet? – well… um… they’re from Australia. If you don’t own any Stones records (you silly boobies) then don’t buy this one – everything from ‘Beggar’s Banquet’ to ‘Goats Head Soup’ is however, essential. ‘A Bigger Bang’ is an expected result – it’s not as a good as the old stuff. Yet, it does serve to illustrate that by f**k, the old buggers have still got blood in their veins.