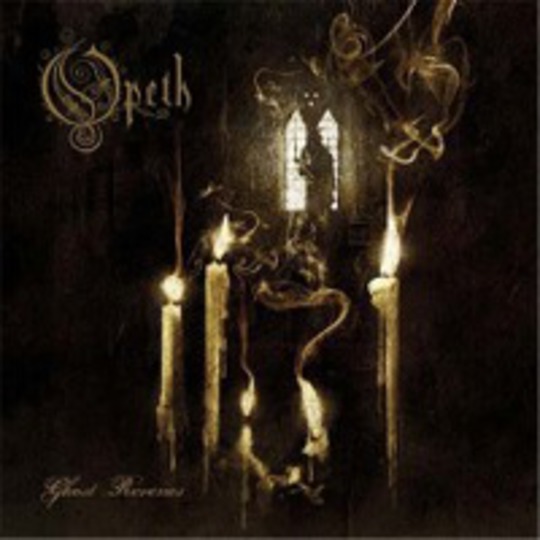 Opeth are not only the ultimate Swedish prog-doom merchants of recent years – difficult niche to reach the pinnacle of, I know – but also one of the most important heavy rock bands around today, having arguably never released a bad album. Returning with their eighth album, Ghost Reveries is an eight-track, 66-minute celebration of all that ambitious black metal can be when the boundaries are pushed at. Here, Opeth try to meld their sound with other genres with all the ceremony and showmanship seen in the 1970s wave of prog rock that included such greats as Pink Floyd and Led Zeppelin.

Mikael Åkerfeldt is by far the best metal vocalist around at the moment, blending classical clean harmonies with guttural growls and menacing commentaries alike. The usual Scandinavian catastrophe-laden, Beelzebub-baiting lyrical content is sung in appropriate metal fashion. There will not be any changes made in that respect and nor should there be. Adding a fifth member to the ranks with ex-Spiritual Beggars’ Per Wilberg, Opeth gain a greater resonance with organs and keyboards thickening the sound to monolithic proportions. The synthesised strings found on 'Beneath The Mire', courtesy of Wilberg, are the only real low point on this album. Raising false and wrong memories of cheesy old skool action tv, one can't help but wish that they'd lost those demos in the studio.

Thankfully this solitary poor moment is but one in a huge eight-minute orchestration – one of the shorter tracks on the album – that flits from section to section. Indeed, the resplendent opening track 'Ghost Of Perdition' weighs in at almost ten and a half minutes and features a ferocious start with numerous lengthy ballad-nearing breakdowns. Four minutes in and it seems a new song has started, but it's merely the call for the fifth minute of a rollercoaster arrangement of prog metal splendour.

Superseding the grandeur of even the last track comes the next standout track; but don't expect traditional album scheduling of heavy – soft – heavy – acoustic with Opeth. Oh no. 'The Baying Of The Hounds' is another demonstration of the bombast and gloomy affectations they hold, worked into some exceptional guitar solos and overwhelming courses of emotive vocals and carefully laid instrumentation with perhaps the most pertinent inclusion of the keyboardist found here. There is little more to be done on this track. Perfection has seemingly been found.

Opeth's technical capacity and orchestral dexterity mark them out from both their followers and their peers and accordingly Ghost Reveries is definitely one of the great metal albums of the year along with Chimaira's latest eponymous release. Furthermore this is possibly the best record across all genres since 2004's Leviathan from the mighty Mastodon. There is more to this music than meets the ear as the deep spiritual imagery found in the lyrics suggests. This ought to be the epic soundtrack to the bleakest, most mysterious Fantasy Fiction they never made a film of.