Cuts Across The Land 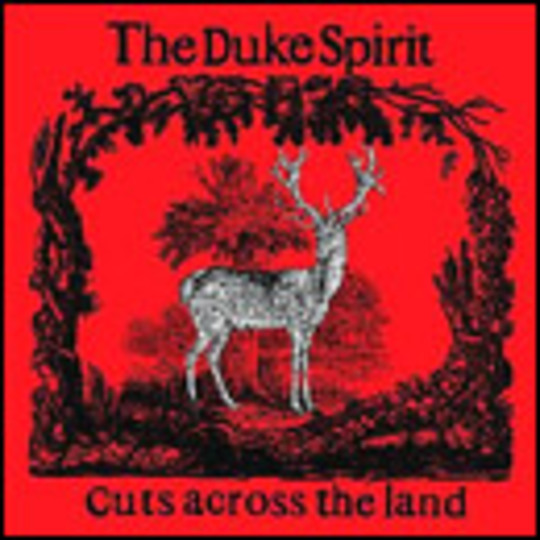 Too much hyperbole, not enough product? Perhaps. Certainly The Duke Spirit have suffered at the hands of some substantial stick these last few weeks, something that these eyes have noticed as close to home as this site’s very own boards. It’s not entirely unjustified – for all the band’s excellent live showings, mostly playing second fiddle to some here today, gone tomorrow superstars with misguided stadium aspirations (hello, Kasabian), they’ve never entirely captured the hearts of a public that doesn’t belong to them. It’s a common complaint uttered by bands on the up but forever missing out on top billing – you’re never wholly playing to your own crowd, so twisting unmoved heads from inviting bars and is more a chore than a welcome challenge. This is their chance to strike out alone. This will be their calling card until the sometimes troublesome second album comes a-calling. Shame, then, that its most noticeable feature is its lack of a fully developed identity.

Highlights are abundant but inconsistent – rollicking garage-rock monsters smash and slash into one’s ears only for a handful of sexy and soulful numbers to soothe the substantial burn. Sounds great on paper, but Cuts Across The Land has no feeling of cohesion – there seems to have been little thought put into the sequencing of a record that, with a little more attention to not-so minor details, could have been a wholeheartedly recommended release, if not indeed one of this year’s finest from a British act. It may still prove to be so, but in May I’m not prepared to make any such calls.

Basically, the sublime ‘Bottom Of The Sea’ (the presence of ex-Cocteau Twin Simon Raymonde is never more apparent) would have served a better purpose as an end-of-album comedown rather than a mid-piece diversion, stalling the record for four minutes until those savage guitars come roaring back into action. Likewise, new single ‘Love Is An Unfamiliar Name’, all brass balls and catcalls, would have served as a perfect rope-a-dope second song following the thoroughly decent title track. Tacking it on as the penultimate offering before a fairly lacklustre ‘Red Weather’ just highlights this record’s flawed sense of individuality. This is a record perhaps born of too many influential personalities and not enough stand-fast stability. Whatever the gestation arrangements, it ultimately fails to fully showcase the band in the manner they deserve.

At times sensational, but so often so-near-so-far, Cuts Across The Land is a debut to build upon – the band should work it for a year, at most, and then move on. There are massive chunks of potential here – the steadily pulsating ‘You Were Born Inside My Heart’, with Leila Moss’ rasping tongue let loose to spit fiery venom at all comers, is a standout strong on musical subtlety – but they’re saturated by the presence of material probably best suited to b-side usage.

Let’s hope that this album comprises the awkward first stages of what could be a beautiful relationship, as The Duke Spirit are clearly capable of reciprocating the love of thousands when they feel up to the task. What if it should spell doom for our blossoming affair, the love crushed under the insufferable weight of expectation? Well, at least we’ll have a handful of golden memories to offset the immediately forgettable.