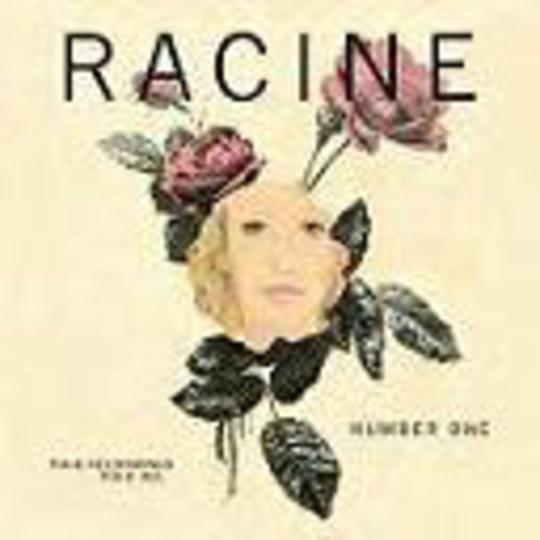 The Racine album sleeve credits all instruments to one Wendy James. Could that be the Wendy James? The full-throated in yer face singer of late 80s glam-punk pop reference band Transvision Vamp?

Indeed it could. However, those expecting a revival of TVV’s throaty all-out snarl will be disappointed: Racine are a very different beast, and a very strange one. They’re a band you need to be in the right mood to listen to, but when you'rr in that mood they’re ace. Number One, their recently re-released debut album, is all quirky drum machines, sweet-yet-pointed vocals and intertwining rhythms, seemingly minimalist but actually full of subtle, echoing complexity. Their sound is distant and tranced out with an off the wall beauty to it; the muted and innocent melodies in sharp contrast to the surreally streetwise lyrics. Sometimes it feels like a pop record, sometimes it feels like a rock record. Most of the time, it just defies classification by being so otherworldly that it starts to feel slightly spooky. Racine have turned their backs on the predictable path, have flat-out refused to lie down and be pigeonholed. In fact, they’re so stubbornly idiosyncratic that they often cross the line into spine-tinglingly weird.

In summary, then. Racine: not at all obvious. And, indeed, not at all the screaming, headline grabbing retread of past glories that your jaded correspondent has come to expect from old stars’ comebacks. The Racine brand of hypnotic, streetwise beauty feels fantastically fresh and confident. It has sharp claws behind a deceptively delicate exterior, it has a slightly freakish kick to it, and I do believe it has me won over. I’m impressed, and am very glad indeed that Ms James has decided to return to the ever-fascinating world of pop.

When Can I See You