The Fall Of Math 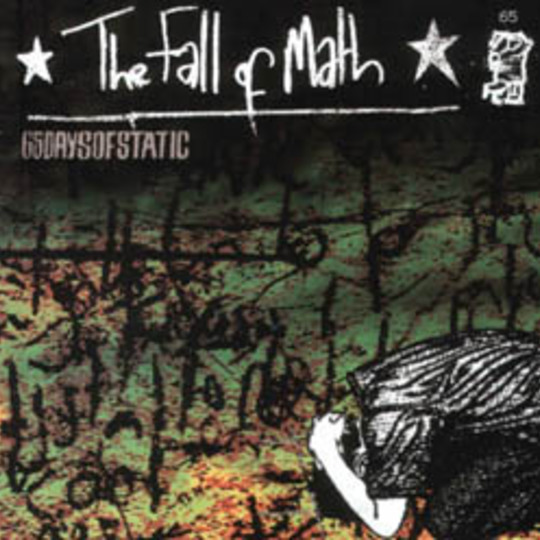 “How shall we leave this dead-dog town? With the volume up and the windows down.”

We assume you’re here because you like music, or are aware of exciting developments in a musical world existing beneath the mainstream. As part of a seemingly blossoming new form of complex but enjoyable guitar music, spearheaded by bands such as Youthmovie Soundtrack Strategies, Mono, Mondo et al, the term ‘post-rock’ is often applied. But its use of the prefix ‘post-’, although presumably encompassing the weight of influence and how it has been developed, does little to suggest how the majority of these bands have and will be inspirational as well as inspired. Listening to 'The Fall Of Math', the first album from controlled-noise tykes 65*DAYSOFSTATIC, you can see why it may be problematic as a term, broad or not – for if this sort of indescribably wonderful clamour doesn’t influence countless ensembles in its wake then we’ll eat our own effects pedals.

Consider the evidence: opening track 'another code against the gone' throws up impressions of Kraftwerk’s last album or Boards Of Canada’s 'Geogaddi' - or indeed the bulk of ‘electronic’ records released over the last decade – growing muscles and subsequently turning on their creators. It soon follows on to 'install a break in the heart that clucks time in arabic' (nope, us neither), and when we say that a frantic utilisation of Explosions In The Sky’s crescendo tactics with pretty computer noise leading to earth-trembling drums still doesn’t do it full justice, we don’t say it lightly. 'retreat! retreat!' is much more direct, as it quickly switches from glockenspiel-style twinkling to a glorious, sparkling and utterly exhilarating piece of alt.rock force, sounding so intense and enormous that you could almost dive in. Meanwhile 'i swallowed hard, like i understood' flickers with the sort of complex glitch rhythms that could make Aphex Twin scream with enlightenment, whilst pummelling out weighty post-rock-shaped guitar not unlike Mogwai beating their chests in abandonment – and same goes for the title track, but while flicking between comforting, yet slightly unnerving, electronic plinks and plonks. What’s more, tracks like 'hole', with its string-laden rush and stop-start feedback-drenched wall-of-sound guitar shifting, have inventiveness practically glowing off of them yet retain an accessibility (or rather sensibility) to outshine most purely ‘pop’ songs. Initially it’s beguiling, but soon it’s understandable and more than a little pleasing. That 'The Fall Of Math' as an album can retain the dynamics, fraught tension and climactic explosiveness of its peers and influences, whilst still sounding like one of the most urgent and direct long-player releases of the year, is worthy of our praise indeed.

Music’s about escapism, right? About taking you somewhere otherworldly, somewhere else. This album is a dark, tempestuous but highly inviting place that you could quite easily lose yourself in, and there’s a real chance that you won’t want to return. Further artillery against the argument that music isn’t exciting at the moment.