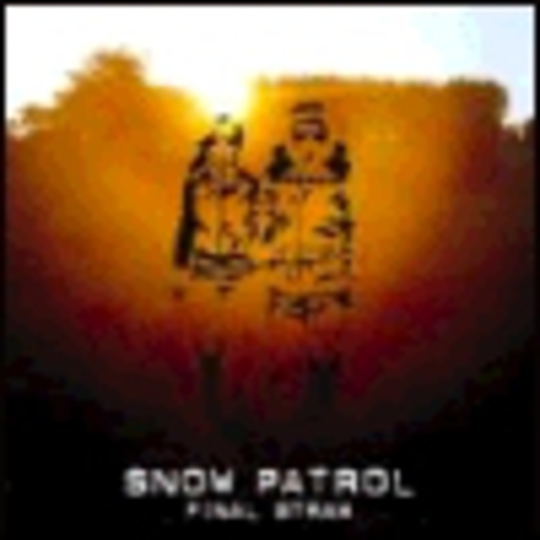 Honourary Scottish band Snow Patrol have always appeared to be on the cusp of greatness, a flickering grasp from the indie B-list upwards. Nearly, oh-_so_-close to swaggering into the limelight and to have the world know of Gary Lightbody's lush tones, their silky smooth, carefully-crafted tales of love, and love lost. Always the bridesmaid, never the bride.

In the last six years or so, Snow Patrol have merrily skipped across three record labels. And 'Final Straw', the third album by Snow Patrol, is just under 45 mins long but seems to be over in the bat of an eyelid. It's also, at time of writing, sitting at No. 124 in the midweek album chart. People, as Mower say, are cruel.

So lady luck has not always been kind to Snow Patrol, but 'The Final Straw' is a triumph of powerful ballads, pop, and the skewered lo-fi of their debut, 'Songs For Polarbears'. The string section on 'Run', the simple choruses of 'Tiny Little Fractures' and 'Spitting Games' (TUNES), the slightly gospel-esque closer 'Same': the whole thing is a well and truly mixed bag of a frighteningly high quality.

The whispers have been going round for months about this little beauty, but don't hush hush, don't keep it to yourself. Everybody deserves a slice.