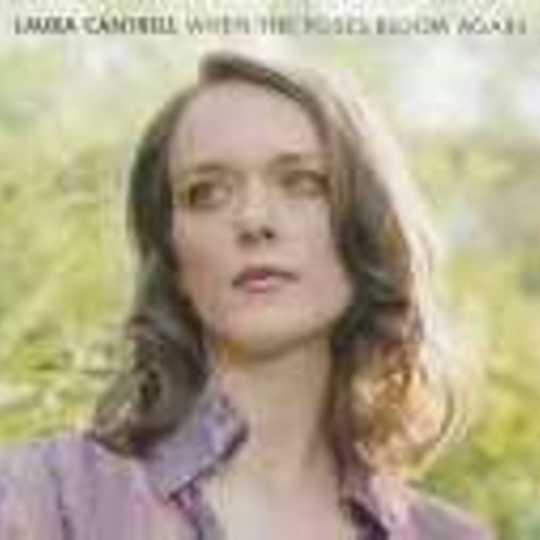 On very first listen of this record it’s not hard to see why Laura Cantrell would have excelled as a young tour guide at the Nashville Country Music museum. With further listens it becomes brilliantly apparent why she is now the genre’s great new hope.

Now coming out of New York where she is also a resident DJ at the freeform radio station WFMU, Cantrell has a purist sophistication and elegant expression that promises to attract a whole new audience to the genre. As an artist in the strict non-conformity mould of the likes of Johnny Cash and her heroine Lucinda Williams, she’s seemingly effortlessly able to resurrect the style of the old, with all its sensitivity and authenticity intact, firmly in the present, in the process here creating a record that veritably jumps out of the stereo like a glowing pristine antique. The songs on ‘When the Roses Bloom Again’, particularly her own ‘Early Days’ and ‘Mountain Fern’, resound with the magic of spontaneity and feeling that can only stem from a true love of the roots of her music.

‘When the Roses Bloom Again’ is, like her first album ‘Not the Tremblin’ Kind’ (a record overtly drooled over by the likes of John Peel and Elvis Costello), a collection of songs from fellow contemporary New York songwriters, some covers of vintage country standards of old, this time from the likes of Jim and Jesse and Kitty Wells, and four of Cantrell’s own efforts that showcase an acute talent with a bittersweet story. And right from the opening bars of the superb Cantrell-penned opener ‘Too Late For Tonight’ you can tell that something great is at work here under surface of the wistful shimmer.

Cantrell proceeds to govern the vivid emotion and lilting melodies of the songs with an understated, idyllic Southern drawl that tempers most of them into brilliance, content in playing the sedating ringleader of the aching harmonies, to glorious effect. It’s a voice of distinction, completely different to the rebellious tones of Williams, but perfect here in this context to convey a sheer warmth that you feel is Cantrell’s very own, unique territory, the authentic instrumentals adding a beguiling and deep-felt colour.

From plaintive, playful, to elegantly raucous, ‘When the Roses Bloom Again’ hits the right notes throughout, and achieves as its defining epithet an effortless, soulful tenderness that sees it in purity of content sit effortlessly with the greats of the genre’s modern creative era.

Life On Other Planets