The Beginning Stages Of... 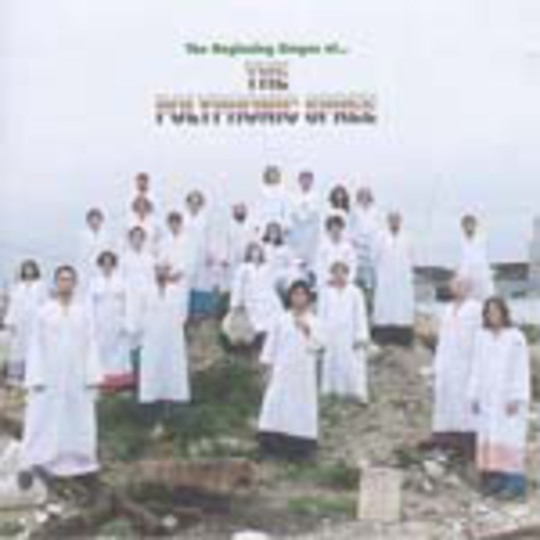 There's something grating and incongruous about a clan of berobed Texan Christians singing endorphin soaked odes to the Sun, Love, Holidays as the world descends slowly but surely into yet another blood soaked, spirit crushing war. Is it acceptable - natural even - to seek the reassuringly fluffy, the banally jubilant, when what's needed above all else is unblinking confrontation, powerful opposition, uncomfortable questions?

It's not a question The Polyphonic Spree, a self-confessed "choral symphonic pop band", seem to have considered, encased as they are in a sugar-hardened cocoon, faces bold to the sun. Theirs is a world of unrelenting, unthinking positivity, theirs a collective mindset tuned forever to the saccharine blasts of trumpets at the imaginary gates of heaven. It's an unpalletable concept in these slick-black, awkward days, and a strangely alluring one at that. Those unabashed by blinkered, medicated optimism should read on.

Taking as its template the fizzing euphoria of The Flaming Lips' lighter moments, The Beginning Stages Of... is built on a bed of pillow-soft flute, softly tapped electric guitar, and an occasionally intense chorus of voices, all singing in tandem. The rejection of vocal harmonies is an aberration that lowers the impact of the albums central strength, but there's no denying the force of the massed voices that shoot through It's The Sun, levitating above the somewhat staid production. Alluring too is Days Like These Keep Me Warm, a joyous crackling fire of a song that could, conceivably, exist somewhere in Brian Wilson's fevered, harmonious dreamstate.

That said, The Beginning Stages Of... fails, ultimately, to fulfil its grand, gimmicky concept. Where The Flaming Lips would couple the cosmic reverberations with more earthbound reflections, The Polyphonic Spree linger too much on one-line platitudes, to the point where repeated listening tarnishes the luster of their golden hymns. This is an album best seen as an enjoyable demo, a precursor to greater things, psychedelia squeezed uncomfortably on a small stage.