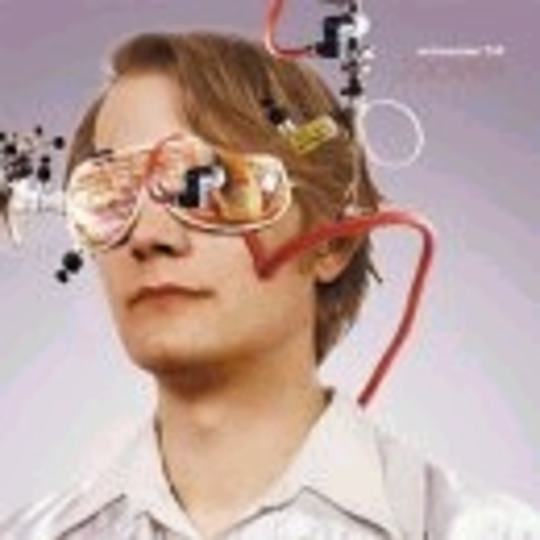 If the notion of German electronica results in scrambled attempts to eat your own ears rather than endure cold, emotionless avant-wank, then think again.

Mr TM, aka Dirk Dresselhaus, is a rare phenomenon – a Teutonic type without the traditional humour bypass. He’s putting the TM_ into _Tremendous, and it takes all of 30 seconds into ‘Reality Check’ for this to become patently obvious.

Cynical undercurrents questioning capitalism seem to seep from beneath welcoming vocodered vocals, which themselves are so sing-a-long they demand an accompanying video featuring an ’80s-style bouncing spot above karaoke on-screen lyrics.

“Beware of the matrix, and keep a warm heart inside” considers Dresselhaus, as memories of everyone from Kylie to Rephlex scoundrel Cylob wash over you. Quite.

‘Frogtoise’ continues the unthreatening, almost camp, vibe with the revelation “I had a dream, I cut a frog in half...a turtle too”. Which would be fine. But he then goes on to squish the hapless animals together to create the not-quite-biologically-correct mythical animal of the song’s title. “I felt ashamed”. Anti-animal experimentation? Or just sicko premonitions for electro-heads? Whatever.

‘Turn On’ benefits from some ghetto props courtesy of a smooth talking rapper known as Max P B Turner (once of Berlin hip-hoppers Puppetmastaz), soothing away rough scratchy edges and glitching its way into your dancing shoes.

And while there are still lashings of more self-indulgent beat-click-beat electronica stashed away on ‘Zoomer’, it’s more widescreen wonderfulness than pointless pish – charming where others are charmless. ‘Cuba TM’ signs off with a typically forward thinking “I want to figure out, what the future is about”.

No need, sir. The future is here, now.