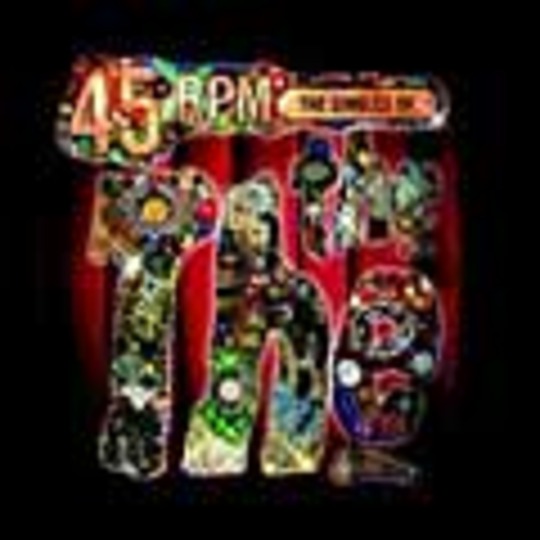 Here at DIS towers (actually a bunch of desks located all over the UK), we don?t necessarily care about what?s cool. We care about what?s good. And this is good. Even if parts of it are 20 years old. Though I?ve never actually heard a ?Best Of? that charts an artists progression quite so drastically in my life - from the drug-psychosis fed pop of 1982?s ?Uncertain Smile?, to this years dark, raw and bluesy ?Cried Out? - 45rpm manages to traverse almost every human emotion. Except optimism.

At the time this was groundbreaking stuff. 1986?s ?Infected? was the first concept album about AIDS, and was backed up with a full-blown film similar in grandeur and ego to Pink Floyd?s?The Wall? except it dispensed with anything as vulgar as a plot and went straight for imagery. The rampant, slightly leftfield music evolved from* The The* mainstay Matt Johnson?s bunker, shot through with social comment upon Thatcher?s Britain. Top Ten singles routinely dealt with war, disease, death, and the forthcoming apocalypse (?Armageddon Days Are Here Again?, released in 1989 predicted a Third World War fought between Islam and Capitalism ).The The always felt like an aberration: _how did this get into the shops?

_ Some of the production now of this is dreadfully dated - what was cutting edge in 1983 just doesn?t cut it anymore. But the raw songwriting underneath it cuts through the bullshit and speaks to the inner dialogue of near enough all people. Oddly enough, unlike most artists,* The The* started off big and political, and then slowly got smaller and more personal as time went on.

The big leap came in 1989 when The The were joined by Johnny Marr of The Smiths, James Eller, and David Palmer on drums. Instead of twenty-something paranoia, the album that spawned forth - the misunderstood ?Mind Bomb? - was a late night collision of God, War, and Love. It sounded like Jesus and Satan fighting in a back alley - and the successor,?Dusk? was an exposed,naked album of perverse love songs.

The last third of the album sees the newer model The The, a raw, bluesy set of hyper-literate, uncommercial modern blues songs, about as far removed from the first handful of songs as you can get, yet essentially exactly the same artist viewed from a different angle. It's music for dark rooms late at night.

The end of this collection sees* The The* in limbo, free of a major label deal, going alone as an independent, presumably into the world of diminishing sales and retrospectives, of which this is the first. A limited edition second CD comes with some copies, but this is largely unessential 12? mixes of tracks that exist in far superior versions on the first CD: worth getting for the completist, tedious repetition for anyone else.

If you?re thinking of spending money on a record this month, try to skip beyond the stuff HMV have on big shelves at the front of the store. Head for this and discover the closest thing Britain gave us to a voice for the 80?s.