And All That Could've Been/Still 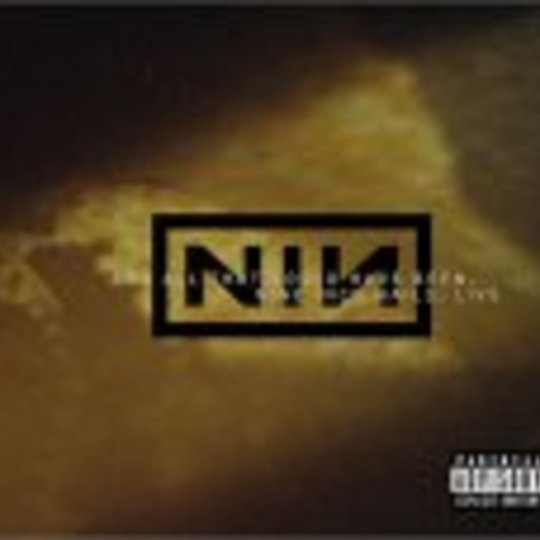 Thirteen years after the debut 'Pretty Hate Machine' slipped quietly onto US shelves (with estimated sales of 20,000), Nine Inch Nails release their eighth album, a no doubt multi-million shifting lavish double set in a fabric box.

All other considerations aside (the steep price tag, the increasing exploitation of a small set of original material; with a remix album for every studio set on his own label, and now a live package as well), 'And All That Could Have Been / Still' is one of the best live recordings ever officially released. The first disc, taken from the final eight US dates of the bands tour, combines excellent musicianship with a crisp, strong mix that supercedes any other NIN release.

'And All That Could Have Been' does have its flaws. The 120 minute live shows have been brutally edited down to 77 minutes so that they fit onto a single disc, with some integral songs missing - the first two songs of the set are absent, as is most of the beginning of 'Terrible Lie' for example, (and 'Down In It'), but this is compensated for with the raw passion of the performances. Liberated from the claustrophobic confines of the studio, it sees the band able to nail the songs in a fluid, organic environment. Songs breathe - and in the particular case of the rushed earlier material, sound the way they always should have - densely layered works that consistently fail to bore thanks to the ever shifting textures and treatments they are given, combined with a fresh injection of energy and howling edge instrumentation.

But Trent also knows that intensity comes not just from a full on frontal sonic assault - it also gains maximum effect through its context. And at vital parts of the first disc - and for all of the second - he presents disturbed, near instrumental laments for something lost.

Its the second disc where the album really does come into its own. A nine song recording based upon the 'deconstructed' version of Nine Inch Nails it sees the band performing almost entirely without guitars or bass, and creating an oddly eerie sound of spectral, sequenced afterthoughts, tribal punctuated percussion, and half-whispered vocals. And five new songs in the process. (Incidentally for those who miss out on this limited edition CD in the shops it can be purchased from The NIN Website).

In some respects, the album is intended to mark the end of one phase of Nine Inch Nails' life - Trent has publically declared that future activities will see Nine Inch Nails move away from the traditional band format to something more flexible. And in a way, it bears some striking resemblance with the live/studio set issued by one of Trent’s main inspirations; Joy Division - also entitled 'Still', also in a Hessian sleeve, also one half unreleased studio recordings, the other half live versions of a defunct lineup.

I could ramble for days about Nine Inch Nails. About their roles as innovators in a genre debased with imitators and angst ridden teenagers in hooded tops. About how hundreds of other bands have taken their ideas, slapped on goatees and a pair of decks, and managed to take over the world. But there’s no point. In their field, and on this album, Nine Inch Nails do it better than anyone else. And it makes me sad for the rest.