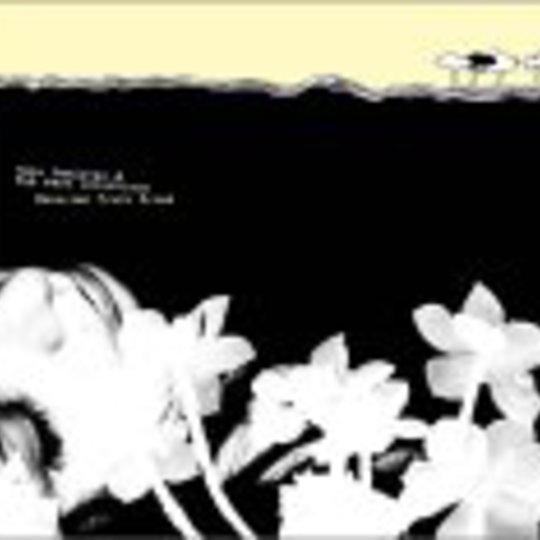 So_. You’re in some late-night drinking dive. A smoky Jazz bar, a run-down cocktail bar, something like that. Anyway, it’s late... no, no - it’s early, it’s _really early. And so far the night has dragged on like your life has dragged on: uneventful, disappointing and is apparently drawing to a drunken end. You order another Manhattan and lie to yourself again that it’ll be your last tonight.

The band takes to the stage and strike up a slow, sleepily repetitive rhythm. It calls to your mind an express train silently slipping across a panorama of darkened European vineyards and pastures: the journey you never took, the chance you missed, the hand that slipped from yours...

You shake yourself from your reverie. You hadn’t even noticed, but She had begun singing. Her languid, shyly intoned words barely perceptible above the sparten, drowsily countrified music. She is the type of singer that gets called a chanteuse a lot. She looks the kind, y’know? You can’t imagine, say, J-Lo or ‘Easy-V’ Beckham being described in that way, and it’s not just the fact that they just aren’t very good singers either, it’s something to do with their over-lit supermarket brashness, their noisome, relentless self-promotion. A chanteuse is a frail thing, a rare and gentle thing but with the strength to bring the strongest down low.

And there, eyes closed, half in shadows, she sings. Her voice a creeping murmur, at times barely rising above the chatter of the crowd or the band’s creaking cello, lonesome prairie harmonica and April shower glockenspiel. You can only catch half of what she’s singing, it’s as if she is singing for only herself. But if that’s the case then why is it the words that you can discern seem to cruelly expose your bruised and broken heart?

Hope? You’ve spent your whole life hoping. But hope is a liar. That’s okay though, you’ll take anything but the truth right now. The truth hurts, you’ve found that out, now you want nothing more than to drown [in] your sorrows to the song from the siren.

“Gonna take all your troubles / gonna kiss them away“ this is the kind of lie you wanna hear. Lie some more, go on, it hurts so good. “Got you goin‘ on again“ she whispers, “_around my smile... _“ memories swim close, a lover’s lazy fingertip trace down the spine, a tongue circling a nipple... you put your drink down and sigh.

The band play their final song. You swirl the remnants of your drink slowly around and around in your glass as the music slowly swirls around and around your head. A warm, woozily hypnotic trance, rolling like tiny waves, lost in a kind of blue. She sings as if distracted by rainbows or as if in a post-orgasmic haze.

“She was the flower in your eyes“, how does she know this shit? “All the world’s aflame / this heart will never be the same“. You close your eyes as the words fade into you. And everything stops.

_So_. Out on the cold streets once more, you half expect to see the sky alive with strange lights and comet tails. But it’s not. It’s pitch black and it’s still raining. All the better to disappear into then. And, as you take a piss up the wall of the Abbey National, you are reminded of the long walk home ahead, but then you realise you now have the perfect soundtrack for it in your head.

At last, you‘re sort of happy.