Whales & Dolphins: The Best Of Terrorvision 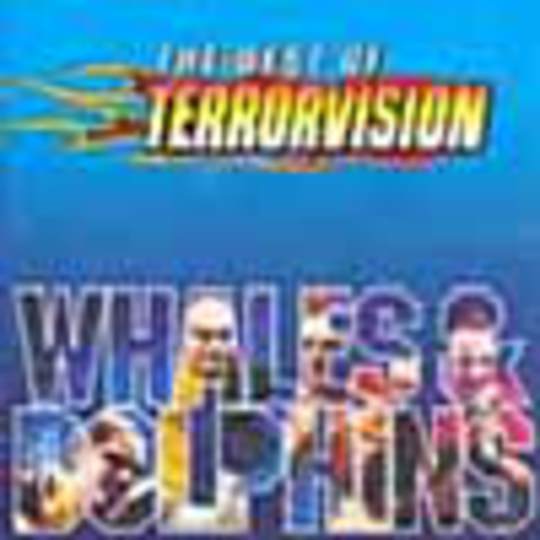 Nine years ago after purchasing ‘American TV’, I would not have thought Terrorvision would end up making a ‘Best Of’ album. My knowledge of the band extended to what I’d read in Kerrang! – this back in the days when Kerrang! could be seen putting VINYL on the cover of their magazines, and one of those free pieces of vinyl contained a song from Terrorvision’s first EP (from which, no tracks feature on ‘Whales And Dolphins’). All those many moons ago, much like today, rawk bands relied on word-of-mouth to get their name known. America had brought us hair-metal sludge, grunge and Extreme, while Terrorvision and The Wildhearts were flying the flag for Britain. These days, America gives us Limp Bizkit and the UK provides Lostprophets. So, some things never change.

‘Formaldehyde’ was a great album, represented on ‘Whales And Dolphins’ by the aforementioned ‘American TV’ and indie rock singalong ‘My House’, the latter proving that their jump to the cheesypopmetal of ‘Oblivion’ wasn’t as huge as some people suggested. It’s not just the famous singles which stand out – ‘Josephine’ was always underrated despite its awesome Meteors-like verses and fab chorus, and lyrics about someone who has a sex change. That and ‘Pretend Best Friend’ still stand as my favourite Terrorvision songs today, with ‘My House’ being the nostalgic support act.

While most will remember Terrorvision for their bouncy pop songs, particularly the Mint Royale remix of ‘Tequila’, they should also be noted for their moody string-laden songs like ‘Some People Say’ and ‘Bad Actress’. They sure knew who to get people holding lighters-aloft as well as pogoing, but overall ‘Whales And Dolphins’ showcases their pogo-appeal. Considering Terrorvision seemed to be getting more and more POP towards the end of their career – shown here on ‘Fists Of Fury’ and ‘D’ya Wanna Go Faster?’ – it’s maybe best we do remember them this way. My only regret is that this CD doesn’t feature their fab cover of Five’s ‘Keep On Movin’’. Ah well. RIP.