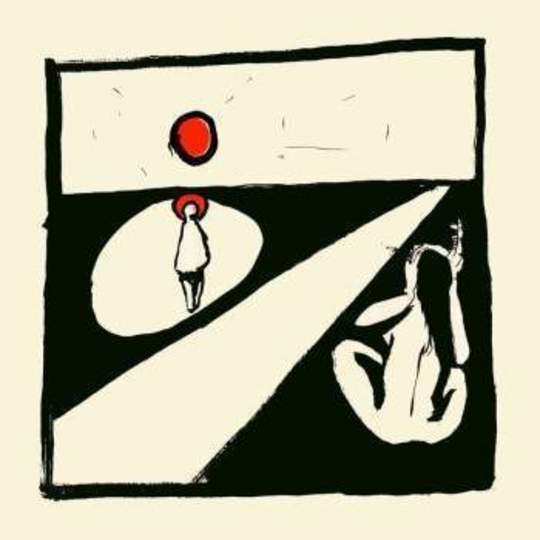 It's four years since Fews introduced themselves to an unsuspecting audience via 'Ill', the sprawling eight-minutes-long juggernaut released on Dan Carrey's Speedy Wunderground imprint. Fusing post punk stylings with elements of psychedelia and krautrock thrown in for good measure, it set them apart from pretty much everyone else on the scene at the time.

A fact further reiterated when first long player Means came out nearly 12 months later, a debut that still stands out as one of the finest released this decade. Its ten tracks all highlight different sides of the band's make up, whether it be post punk fuelled pop ('The Zoo'), brash angular rock ('100 Goosebumps') or intrinsic melancholia ('Keep On Telling Myself'). Numerous festival appearances ensued followed by a support tour with the rejuvenated Pixies. Their promotion to indie rock's higher echelons all but assured. And then, silence?

Not that they've been inactive. Indeed as far as work ethics go, this multinational four-piece have put more hours in than most of their contemporaries. They're also perfectionists when it comes to recording, and while some of these songs date back to the latter part of 2016, the last thing Fews would want to do is rush release a batch of (in their eyes) unsatisfactory work.

So its been an arduous couple of years trawling between studios to complete the task at hand. Employing Joakim Lindberg on production duties proved something of a master stroke, his input having a similar effect on Echo Ladies' Pink Noise and Hater's Siesta among a host of others. What he's managed to do is bring out the ferocious intensity of Fews' live performance in the confines of a recording studio, which transcends Into Red from being that all too common ‘difficult second album’ and a colossal follow up few may have expected 12 months ago. Aided and abetted by the mixing skills of James Dring, Fews' wise decision to take their time has paid handsome dividends.

While the template (and indeed standard) was set by its predecessor, Into Red takes the listener on a journey of its own. The band's cover of Gary Numan's 'Metal', released in the summer of 2017 while MInto Red was still in its most infant stage gave some idea of their vision for this record. While songs like lead singles 'Paradiso' and 'Business Man' served as bridges between the first album and this, the likes of 'Limits' and 'Anything Else' represent Fews at their most industrial. Although still technically centered around traditional guitar, bass, drums and vocals. 'Limits' in particular heralds a more experimental approach to both construction and delivery. It's the sound of a band refusing to play things safe and as a result, constitutes arguably their most distinguished four minutes to date.

There are moments of tranquility as well which suit the mood such as 'Suppose', a song that could be the sequel to 2016's 'Keep On Telling Myself'. '97' too sees vocalist Frederick Rundvist at his most reflective, its textured melody ringing out like a long lost Ride demo. Into Red also finishes on a now signature instrumental where Means began in the shape of 'Fiction', a refined slice of post punk that owes more to bands like The Replacements or Guided By Voices than any of the usual angular fare.

Into Red feels like a record that was delivered without any weight of expectation pulling it down, and as a consequence might just be Fews’ most fulfilling collection of songs to date.