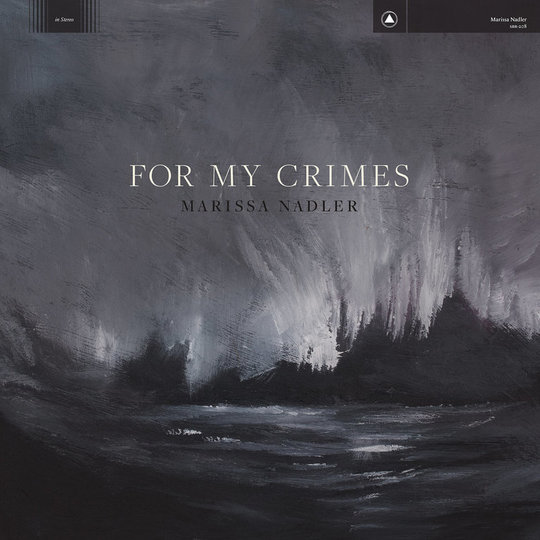 In the past it’s seemed to me that there are two, superficially similar but actually quite discreet modes to Marissa Nadler’s songwriting. Sometimes she’s taken the form of a gloomy balladeer with a darkly wailing voice but essentially pretty straight, musically, a clear part of folk music’s richly tragic tradition – see her self-titled album, or her last set 2016’s Strangers.

And sometimes she tinkers with more exotic musical textures – drum machines, feedback, distortion – on what I'd call her great records: Little Hells, July, and ‘Hungry Lies the Ghost’, the standout track on Strangers.

What’s interesting about For My Crimes is that the lines between the two modes finally begin to blur. It has the rich darkness and searching musicality of her ‘progressive’ records, but not the gothy gaucheness (which I absolutely love, btw).

For My Crimes is a folk album, but it sees her bend the idiom to her will almost totally, to the point that ‘country’ or ‘folk’ feel like fairly abstract terms - there is just Marissa Nadler. If it lacks some of the obvious sonic punch of her other records then there’s subtler recompense. There are richly sepia strings artfully performed and arranged by Janel Leppin. There is immaculate production from Nadler, Lawrence Rothman and Justin Raisen that gives most songs and elegiac, wintry lustre but is also versatile enough to sees a close mic’d acoustic take on a metallic intensity on ‘Blue Vapor’, which builds to a thunderous full-band crescendo. And there’s a few celebrity friends on backing vocals. Angel Olsen, Sharon van Etten and Kristin Kontrol all pop up, albeit in fairly discrete form – everything feels subsumed by Nadler (you hear a backing vocal, odds are it’s a famous person). And a lot of hooks: ‘I Can’t Listen To Gene Clark Anymore’, ‘Blue Vapour’, ‘Dream Dream Big in the Sky’ and ‘You’re Only Harmless When You Dream’ all have huge, dreamy, ’50s sorta melodies.

Perhaps ‘For My Crimes’s real signature is the lyrics. I’m always going to have a softer spot for Nadler singing gothy songs about people dying. But there is a real impressive growth and maturity to her lyrical depictions here of doomed, mutually dependent, mutually destructive relationships (or perhaps it’s a concept album about a single relationship – the possibility is left open).

She borrows a fair amount from country: ‘Interlocking’ sees her talking about how "trouble's been followin’ me"; focus on the words and ‘All Out of Catastrophes’ is quite jovial, an almost funny song about the failure of a relationship ("In your sleep you called me Natalie - it was the nicest thing you said"), but she sounds almost nothing like the musicians she’s nodding to: they’re totally subverted by her wraithlike earnestness and the glistening dark spaces between the notes

And some time she just nails it with a perfectly lyric - in context, "you’re only harmless when you sleep" feel less about an abusive relationship than a painful one, but the chorus feels remarkably weighted with painful meaning.

This is not the best Marissa Nadler record, but it kind of feels like her most perfect, potentially the resolution of a subtle identity crisis that’s run through her music over the years. It’s almost hard to imagine what she’ll do next having arrived here. But the next destination is her problem – for now we have another immaculately dark stop upon the journey.