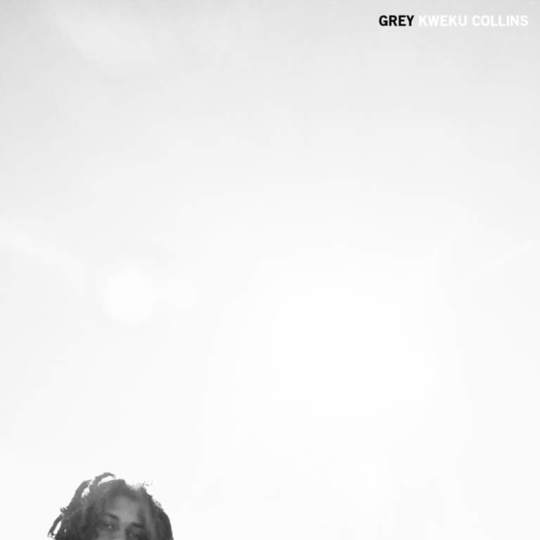 While Chicago is packed with quality rappers who can cater to every niche of the hip-hop community, one of the rising artists with the best chance of becoming a Chance the Rapper-level superstar is an introspective outsider from one of the city’s neighbouring suburbs. Kweku Collins, barely into his twenties, is a true original, and his latest EP, grey, is a testament to the power of a gifted vocalist eschewing convention and instead going out and creating the musical palette that best suits his skills and message.

Though other Chicago rappers have been experimenting recently with a more punk rock sensibility and raw vocal delivery (MeloMakesMusic and Ju being two other noteworthy examples), Collins is probably the most compelling artist on the forefront of this new mini-movement that is inspired both by the metallic, industrial tones of drill and the melodic flow of the city’s jazz rap scene.

Kweku’s tracks are ethereal and honest. At their best they feel like private confessions that are only being relayed to you individually. Collins is young, but he’s already capable of forming a bond between himself and the listener that few seasoned rappers ever establish. Perhaps it’s his willingness to rap on instrumentals like the dusky guitar-and-string rainfall of ‘Youaintshit (Shine On),’ a track that is both gorgeously cinematic and painfully raw which few MCs would even attempt to use. Collins’ vocals pair hauntingly with Sylvia Grace’s elegiac cello, as he explores the fissures that form as people grow apart (“The gaps between my texts get longer everyday / And absence leaves effects that linger on your face”). While artists like Chance have brought gospel into rap in exciting ways, Collins’ ability to blend hip-hop and lo-fi indie rock is arguably trickier and riper for exploration in the future.

With its ethereal synths and grainy texture, grey feels inspired by some of the mid-Noughties' best heart-on-the-sleeve indie bands like The Shins or The Postal Service. Collins’ cover of the Yeah Yeah Yeahs’ iconic ‘ Maps’ (retitled ‘Oasis2: Maps’) is powerful, perhaps even besting Anderson .Paak’s woozy take from 2013. Collins is still raw as a singer, with plenty of room to make the same improvements Chance did in terms of range and strength, but he’s already excellent at conveying emotion and balancing different note lengths to create compelling melodies. Ever since his official debut, 2015’s Say It Here, While It’s Safe, Collins has had designs on being a well-rounded vocalist, and it is growing more evident over time that as he improves as a singer he’ll be able to strategically deploy his gifts as a rapper instead of relying too heavily on them.

grey isn’t overtly political, but in such a turbulent era its soul-and-place-seeking language (“The sun came up in my absence / It is understood that it will again, ” he says on ‘Jump.I,’ while on ‘International Business Trip’ he claims, “Feel more to all this earth than the dirt to me) feels especially cathartic and necessary. What’s most impressive is that despite being so young, it feels like Kweku’s ideas reach your ears fully realized and intact; nothing is lost from inception through the processes of writing, production, mixing, and mastering.

He could work to hone his skills as a narrative MC and storyteller, but it’s unclear if Kweku committing his considerable gifts to rapping more like a Nas or Common would necessarily make his music more powerful, given that he’s capable of capturing so many different headspaces so vividly already. Pitchfork’s Ryan Dombal wrote that the nostalgic ballad, 'Dec. 25th' “is a song that works like our memories work”, and the same is certainly true of the bleary-eyed, jet-setting anthem ‘International Business Trip,’ or the incendiary love song ‘Aya.’

Kweku uses grey’s sonic cohesion to give a holistic snapshot of his life and the many thoughts and feelings that exist within him simultaneously, a feat that many artists struggle to achieve.