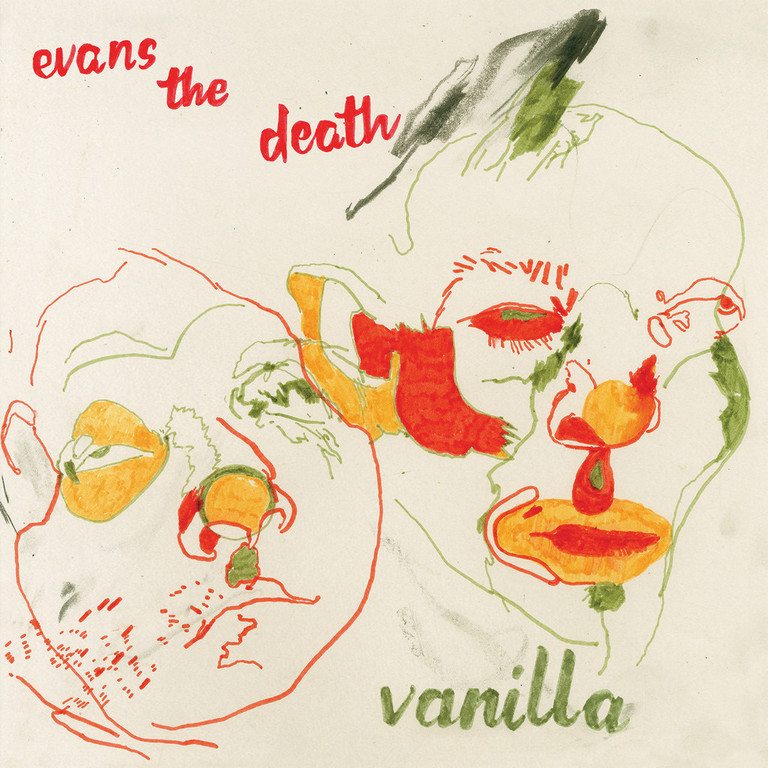 An intriguing and often fun record that not only rewards repeat listening, but almost demands it»

London 5 piece Evans the Death return with 'Vanilla', their most ambitious and experimental album to date, eschewing the more traditional pop structures and hooks of their first two albums, 2012's self titled debut and 2015's 'Expect Delays'. While 'Expect Delays' was a step towards something more interesting, more collaborative, experimental and abrasive - a bleak, introspective kind of album that still retained a pop sensibility - 'Vanilla' sees the band veer in an ever more adventurous direction: more aggressive, extroverted and raw. The new album was recorded at Lightship95 in London with producer Rory Attwell. Highly variegated in style and mood, brimming with extreme contrasts, from noisy to funky to melodic, energetic to dejected, full of chaos and restlessness, the album was the result of a carefully planned recording strategy. With no specific musical reference point, the songs on 'Vanilla' veer wildly in style, lending a real energy and vitality to the flow of the album. There's the psychedelic snarl of 'Haunted Wheelchair' built around dissonant, ominous, jazz-like chords, which build a sense of dread and paranoia but also a strange excitement. There's also the no-wave party vibe of 'Suitcase Jimmy', a semi-improvised portrait of a fictional down-at-heel actor built around a Wilko Johnson-ish guitar part. 'Hey! Buddy' is an "unintentionally mean-spirited" askew pop tune from the point of view of a cloying and over-zealous fan of the band. While the wartime dancehall of 'Cable St. Blues' is an odd duet between two parts of the psyche, representing "an argument you have with yourself, about depression and extreme self-criticism and self-doubt, struggling to function", and named after the site of the 1936 riots where the band wrote the album. Newest member Daniel Raphael's present to the band, 'Hot Sauce' is led by a groovy, capacious bassline, while Olly's 'Armchair Theatre', the quietest, prettiest song on the record, starts out like a soft rock classic and turns in to a gorgeously mournful song.
description from www.roughtrade.com