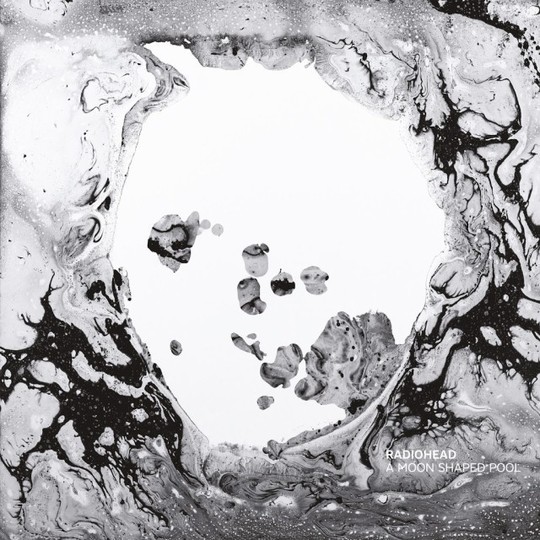 The last time Radiohead released an album – 2011’s The King of Limbs obvs– this website responded to its surprise release with an instant reaction piece that aggregated 11 mini reviews from 11 of our writers. Obviously it’s a terrible cliche to single out the world’s most fanboyed band for special treatment, but it felt like about the sanest way to cut through the feeding frenzy that accompanied the record being ‘dropped’ – ours went up at the same time as all the other insta-reviews, but at least the range of voices felt like nobody was presuming to pass final judgement after one listen. Ironically, the mix of over-excited diehards (‘Their best record in a decade: stunning’ - David Edwards), over-cynical diehards (‘something merely “good” represents failure for Radiohead’ – Paul Brown) and bleating equivocators (‘I suspect people will only truly get their heads around it when the next record turns up’ - Andrzej Lukowski) actually captured a sense of the low-key, somewhat flawed record quite well and the aggregate 7/10 score seemed about right.

Five years on and things feel different. For starters, surprise releases of albums are no longer very surprising – Beyoncé has done it twice, Kanye appears to have turned it into a strange, durational art-form, and even James Blake is now at it. So for the first time in a decade, Radiohead have elected not to ‘do a Radiohead’ with their latest release.A Moon Shaped Pool was trailed by two singles complete with expensive-looking videos, the latter of which – ‘Daydreaming’ – informed us that the album would be available in two days’ time. Admittedly it didn’t include the name of the album or a tracklisting, but it’s still mellowing by Radiohead’s standards (as in a perverse way is the band’s embrace of Spotify, YouTube and charging full whack for the music).

Is this mellowing reflected in the actual tunes? On the surface, perhaps. But while the calm, quiet A Moon Shaped Pool doesn't feel like it needs frenzied instant judgement, it is another curious and enthralling record from a band who’ve effectively been their own genre throughout most of their career. Prior to its release, some dude from their management firm was quoted as saying the record 'was like nothing you've ever heard'. I’ll actually buy that: it is – and I mean this is a largely complimentary way – a sort of avant-garde MOR record, some of the band’s gentlest songs given some of their most elliptically-woven, musically exploratory chassis.

Those two advance singles encapsulate the record pretty neatly. ‘Burn the Witch’ is dominated by the choppy, scything Jonny Greenwood string arrangements – performed by the London Contemporary Orchestra – that effectively replace the electric guitar as the band’s hardest, most dynamic instrument. They’re only on a few tracks, but when they are – as on the screeching climax to ‘Tinker Tailor Soldier Sailor Rich Man Poor Man Beggar Man Thief’ – you really fucking notice it. Of course it's exactly the sort of thing Radiohead would do, but the fact is the orchestra is the most visceral thrill on the album, a world away from the bland swell string sections churn out on 99% of modern pop records.

And then there’s ‘Daydreaming’, a soft, foggy number that lays the blueprint for much of the record – a gentle, maudlin ballad that would be pretty fucking horrendous if any earnest pop muppet ever boiled it down to a Live Lounge cover. But as with much of A Moon Shaped Pool, the execution is everything. It’s hard not to feel a bit like somebody's dad saying this, but Nigel Godrich's production on ‘Daydreaming’ is remarkable, a crystalline, tricksy cascade of layered vocals and reverberating piano that finally buries itself in a dissonant, unsettling groan of barely sawed strings.

The record is at its best when the band take this delicate template and push it further out – the murky ‘Ful Stop’ grafts on murky beats and dapples synths reminiscent of Thom Yorke’s Tomorrow's Modern Boxes but does so in a thrillingly Radiohead way, noirish and cinematic, eventually joined by elegant plucked strings and a sublime swell of electronic ambience. The improbably moving 'Identikit' offers dubby reggae-ish shuffle which slowly ascends through the murk to a celestial chorus on which Yorke is backed by an ethereal choir – I’m not entirely clear whether it's actual choir or Ed playing silly buggers with some effects, but it’s startling, a chink of light into Radiohead’s hermetically sealed world (the same vocals remerge again, notably on the somewhat lesser ‘Present Tense’).

Two things worth pulling out about A Moon Shaped Pool. The first is that while it looks like a reaction to The King of Limbs – lighter, airier and more accessible, more organic and less electronic – the two share more in common than first appears. Both favour texture over hooks. And though Radiohead haven't really been an electric guitar band since 1997, it’s only TKOL and AMSP that feature no songs on which it's the lead instrument.

The second thing: where is Thom Yorke? Everywhere, obviously: he sings on each song and is often extravagantly layered and chopped and filtered. But his vocals are almost uniformly soft and buried in the mix, not aggressively obscure a la ‘Feral’, just strangely hard to focus on beyond the odd line. It’s been suggested that the album is about the collapse of his long-term relationship and I can definitely see that: his presence feels more like a sad, wistful shadow than the strident Yorke of old, the lines that pop out often bitter regrets (“You’ve really messed up everything“; "Different types of love… are possible", "Broken hearts make it rain"). The exceptions are the bookending tracks. ‘Burn the Witch’ combines vintage paranoid imagery with a fairly straightforward chorus. And the gorgeous concluding ‘True Love Waits’ has a devastating clarity and loneliness to it – the track is almost 20 years old and feels like a very pointed belated recording, dusted off for its heart-breaking “don’t leave” line as much as anything, a kiss off to his ex made oblique by the fact the song pre-dates her.

So it’s a pretty unconventional album. Or at least, its conventional qualities are inextricable bound up in its unconventional qualities. It is a formidably layered, beautiful record that largely lacks big hooks or aggressive bite, and yet conspires to be endlessly satisfying on a micro level, a clutch of ballads that represent the band's most intricate musical trip. There are things I wish were different about it, a couple of songs that don’t really stick in the head, but ultimately it's Radiohead being beautifully, maddeningly Radiohead, and I'm not going to argue with that.