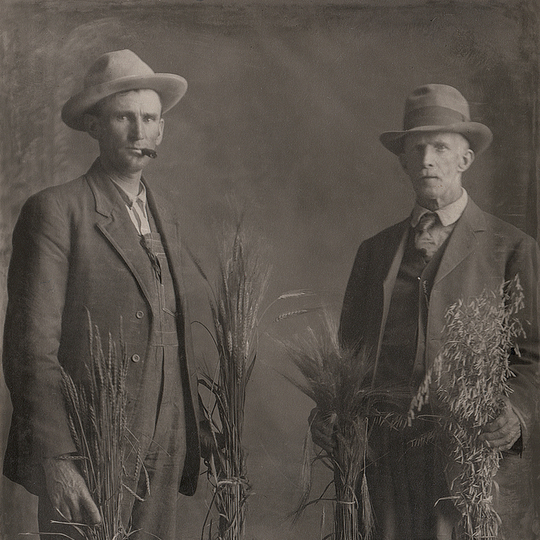 'Great labels don’t just produce artists; they produce whole scenes. They make sense of the chaos, bring together disparate acts and sounds, find those common traits and turn it all into a coherent whole' - I remember that great quote from PR-man and general ‘biz’ type guy John Power a few years back. He was talking about how record labels were still very relevant in the internet age, and that they still very definitely had a place in the industry, despite the numerous tools at hand these days to do it yourself.

It’s always stuck with me, that quote, and I always bring it up whenever I happen to stumble on labels I like very much, so needless to say it was the first thing that popped into my head when I came across Lost Tribe Sound, the label behind the absolutely stunning Settlers by Danish acoustic guitarist Western Skies Motel. They’re a label that continually finds albums and artists that don’t necessarily fit one genre - the skewed Sixties instrumental chamber pop of William Ryan Fritch, for example, sits equally next to the sun drenched melancolic electronica of Mute Forest, however they all share a common atmosphere- a sonic landscape blurred and burnt, a sort of desert fried Americana.

Settlers is one of those beautifully cinematic records - evocative and rich, it kinda gets under your skin until you just go with it. It’s an album you take in as a whole, which for a solo acoustic guitarist, is quite a tricky thing to pull off. Luckily for WSM (real name René Gonzalez Schelbeck), he’s mastered the art of understatement - there’s not a pluck that’s out of place here, and he knows evidently well when to hold back, and when to fully engage your heartstrings for maximum effect.

Gentle wafts of piano, washes of bowed strings and and an oozing pump organ all permeate the record’s ten tracks, supporting the extraordinary playing which remains front and centre. This is not a tedious exercise in guitar histrionics either - he’s no Steve Vai, but that’s just fine. The heartbreaking ‘Garden’, for example, could easily sit on a Peter (or Heather for that matter) Broderick record, whereas the hazy, ambient swells of ‘Whelm’ could easily be taken from one of those early Sigur Rós albums. There’s even room for ‘Whirl’, which recalls his almost namesake, Jose Gonzales, at his restrained best.

It’s amazing how he manages to do so much with so little, and there are parallels with the ways people like Nils Frahm or Ludovico Einaudi resonate emotionally with nothing more than a few subdued piano notes. Much like those two, there are no overblown string sections, or much studio trickery here - just a handful of instruments washing over each other to conjure up an environment punctuated with lonely desert highways, and empty wooden shacks. I’m not sure if Schelbeck has seen No Country For Old Men, but I’m pretty sure if you hooked this album up and let it play underneath, it’d sync up Floyd/ Wizard of Oz style.

The tender chord changes and wistful minor keys even put it in post-rock territory. Or at least, this is what a lot of post-rock bands should’ve done instead of plough on through their delay pedals and Explosions in the Sky-esque thrashy climaxes. Instead of all that, we get something like ‘After A Storm’ to close Settlers, with its solitary accordion throb and lilting guitar refrain, creeping towards a slow motion crescendo before quietly exiting.

It’s hard to write a review for a record like this, as there are no standout moments, no fun lyrical highlights, or particularly hummable melodies, but it’s a record you need to just sit down and take in. Settlers creates a little sonic world, and operates in there to keep things moving, without ever getting tiresome or boring. There’s a lot in here to explore, and you’d be well advised to do so.